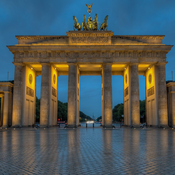 Cartagena de Indias is one of the most important cities in Colombia, is located on a coast of the Caribbean Sea. It was founded by Pedro de Heredia in the year 1533. This city resist a big attack from the english in the year 1741 and resist 105 days when in 1816 Pablo Morillo arrive to reconquer the territory now independent.

The city has walls of 8 meters high to protect it with the cannons, it has forts in any corner and nobody can pass.

This city has the Tribunal of the Inquisition that imprisoned the supposedly bad people, now this is a museum wih the History of the city, the battles and the independence of the country. The building is ubicated in the central square.

The central square is dedicated to Simon Bolívar, who liberated the country. It has a statue of him in the center.

Other important square is the Plaza de las Bovedas, that has ancient structures connected with the walls, it served as dungeos but now are an imporntant site of the city.

The main entrance to the ancient city is the Clock Tower or ¨Torre del reloj¨, it was built in 1540 and is one of the most known places in Cartagena.

To protect the city from a high place, was built a castel in the top of a mountain, is called the castle of Phillip of Barajas, this castle has walls, fortifications, cannons, tunnels and traps for the enemies. It helped to protect the city in the attack of 1741 lead by Edward Vernon and the city got the victoty.