Jumbo Jet In The Sky 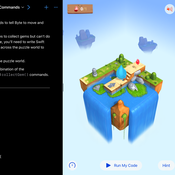 By Jumbojetprofessor
32 comments
This is a prototype of the big jumbo jet inspired by Boeing 747 SCA. The aircraft are four-engine intercontinental-range, swept-wing "jumbo jets" that entered service in 1969.
Features that distinguish this plane from standard 747 jetliners are:
This model is about 1 ft long and almost 600 bricks. Color scheme is intentionally made intense and flexible.
I think it will make a great lego set because it only uses around 600 bricks, simple enough and would be a good addition to the existing lego planes.