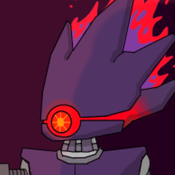 Why I would like this to be a Lego set

I know that LEGO already has a sci-fi play theme (Star Wars). However, I believe that other space themes, such as the Exosuit set, was an amzing set, that sold well and fans such as me really enjoyed the Exosuit sets. I believe this because fans like me want a variety of sci-fi themes other than the one Lego currently has now. I know this set will do well and will be enjoyed by many sci-fi fans. I hope to release more sci-fi theme builds that will be part of the Trifyria (tri-fea-ria) army.

What is the Shield Drifter

This spacecraft is part of an army called the Trifyrian (tri-fea-rian) army I imagined this would be the rivaling nation against the original "space" team (the same mini figures from the Exosuit set). Now what this actually is, is a fighter class spaceship more specifically one of the more advanced fighter ship in the Trifyrian army, it is called the Shield Drifter, there is reasoning behind this name. One of the main features of this craft is having the ability to form a shield around its self  as you may see in the second picture of the Shield Drifter. The reason why it has drifter in its name, you may all be wondering ... thats because its high level of mobility the ship has, hints its name, it has this ability to drtift because the wings are connected by (Mixel) ball joints allowing the wings to be posed in many directions. If things get too hard in the battle filed it has an escape pod mode as you can see on picture 6 through 8 (the two half of the ship are connected by technic brick with two pins.)

If any one has feedback please tell in the comments it woud be helpful, thank you for your time :)