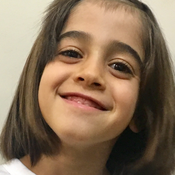 Lego-rillas are a combination of lego bricks and gorillas.

They have lego eyes that can tell the feeling of the lego-rilla.

There are 3 lego-rillas in the set. Each with different color-scheme:

The first lego-rilla is purple-pink and its eyes are awake.

The second lego-rilla is red-orange and its eyes are angry.

The 3rd lego-rilla is blue-yellow and its eyes are sleeping.

Why I built it?

I was thinking about nature animals.

I built with shapes and I discovered it was a gorilla when I noticed it was standing like a gorilla on its arms and legs. I liked it and called them Lego-rillas.
I would like to use it to support nature preservation awareness and causes.

Why do I believe it would make a great LEGO set?

I think Lego-rillas are a good Lego set for nature lovers.

They are mini Lego-rillas they are made from classic lego pieces like 2x2 and 4x2 and 2x3 which make them very minimalistic and graphic, and very simple to build.