A Chinese Palace of Tang 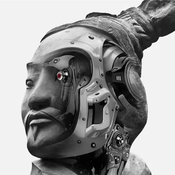 By Gogo Gao
51 comments
China is one of the four ancient countries in the world.
More than 5000 years cultivated hundreds of emperors and many dynasties. During these ancient dynasties, Tang is the most flourishing and active one. Tang enlarged the most important trade road, the Silk Road, to the western country, Rome. Then Tang as well as Rome was the most influential country in the world in ancient periods.
This model was inspired by the traditional Tang Palace, one of a small houses in Daming Palace. Being different from Chinese buildings in other dynasties, Tang houses were more elegant, more structural, more appropriate to represent Chinese people, so that is why residences of Chinese people abroad are called “Streets of Tang” which are translated into “China Town”.
LEGO has produced many productions with Chinese characteristics, that I really appreciate as I am a Chinese boy majoring in Chinese Traditional Buildings. But this model is the first LEGO Chinese Building with famous Chinese traditional structures, Tou-Kongs and Sun-Maos and so on.
This is an unprecedented challenge building LEGO in Chinese structures, so there are many companies to produce Chinese buildings including LEGO, but none of them really regenerate the spirit of Chinese traditional buildings.
The total model contains the whole structures of Chinese building, you can make it a sculpture in your home, or a teaching tool of Chinese traditions on class, or you can even MOC some other Chinese building bases on this set.
If you like Chinese traditions, if you like Chinese buildings, please support my model, thank you so much.