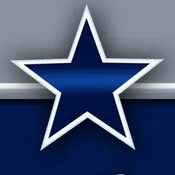 By Luke225
25 comments
This Hover Transport was built from pieces of a space set and some random LEGO pieces I had. I built it because I was bored one day and thought it would be a cool idea. I originally made it to be a spaceship, but when I was done it looked more like a Hover Transport. I think it would be a good LEGO set because a lot of people like futuristic technology. Also people like space, and a Hover Transport seems like a vehicle people could use on other planets. This is my first LEGO Ideas project, so I hope it goes well, and reach the amount of supporters I need.