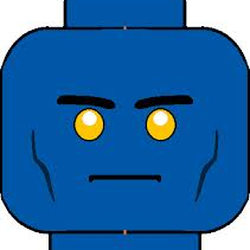 Aokiji
0
This aircraft is taken from the manga / anime Great Mazinger by Go Nagai.
For those who don't know, it's the vehicle driven by Tetsuya, that hooks to the head of the robot and become its cockpit.
The project consists of 615 original LEGO bricks.
To make it even more like the Anime version should create the following pieces:
- Cockpit that fully covers, without need to plug the holes with the roof tile transp.
- Create a minifigure that faithfully reproduces the pilot.
- Create a half final brick 2x2 round for reactors semi cylindrical side of the cockpit.
- Create a flat tile 2x2 round with a circular hole in the center and a hooking system the jet engine.
- My jet engine has closed tip (I did this by putting on tip a mini antenna), could be avoided by creating one with the tip.
- Other parts of the wings could be modified to create better aerodynamics.

The interior of the pilot compartment has been designed to rotate and fall to mimic the movement that is seen in the anime when the Condor, is hooked to the head of the Great Mazinger.

I'm passionate about aircraft, LEGO and anime of the '70s and '80s.
For this I merged these my three passions and created a series of aircrafts inspired by my favorite subjects.
This is the 1° model in the series and I hope you enjoy it.