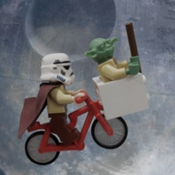 Background :
Chapter Eight – The Queen's Croquet Ground: Alice leaves the tea party and enters the garden where she comes upon three living playing cards painting the white roses on a rose tree red because The Queen of Hearts hates white roses. A procession of more cards, kings and queens and even the White Rabbit enters the garden. Alice then meets the King and Queen. The Queen, a figure difficult to please, introduces her trademark phrase "Off with his head!" which she utters at the slightest dissatisfaction with a subject. Alice is invited (or some might say ordered) to play a game of croquet with the Queen and the rest of her subjects but the game quickly descends into chaos. Live flamingos are used as mallets and hedgehogs as balls and Alice once again meets the Cheshire Cat. The Queen of Hearts then orders the Cat to be beheaded, only to have her executioner complain that this is impossible since the head is all that can be seen of him. Because the cat belongs to the Duchess, the Queen is prompted to release the Duchess from prison to resolve the matter. [From Wikipedia, the free encyclopedia]

Compositions :
This set is comprised of 1 The Queen's Croquet Ground set
includes 7 figures (Alice, The Cheshire Cat, The Queen and 4 Card Soldiers)

Functions :
This set has 1 Funcion to play.
1. Openable jewel box to play with painting rose tree

This set is carefully designed and fully detailed in combination of original and custom LEGO mini figures.