Doctor Who - U.N.I.T The Valiant 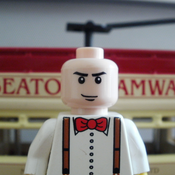 By The11Doctor
0 comments
Ok, most people are doing TARDIS' which I've even done myself, so I thought I'd try something a little different. A ship that's probably quite often forgotten about.
A quick Recap on "The Valiant":
She was designed by Harold Saxon (AKA The Master) and built by U.N.I.T (Unified Intelligence Task Force)
She is basically a flying Aircraft Carrier, capable of taking even large passenger planes. She is heavily armed with some form of Cannons (Never actually seen in show), going by dialogue in the 2009 finale, some fort of Energy shields and a weapon not dissimilar to the Death Star. On TARDIS Wiki this is thought to be salvaged Tech from the old Torchwood Institute, as a similar weapon was used to destroy the Sycorax Ship. It is also unclear as to whether Saxon incorporated this in his design, or whether UNIT added it later.
In 2009 the Valiant was destroyed by a Dalek Invasion fleet.
Captain Jack hearing the words "Abandon Ship" before the radio went dead.
According to some of the Who novels, UNIT had two Aircraft Carriers, the name of the second I can't remember.

So, onto the model...
Well, it was a real pain in the you know where building it on LDD, but I got there in the end. The model is as accurate as I could get from the rather low Res images around of the CGI model. 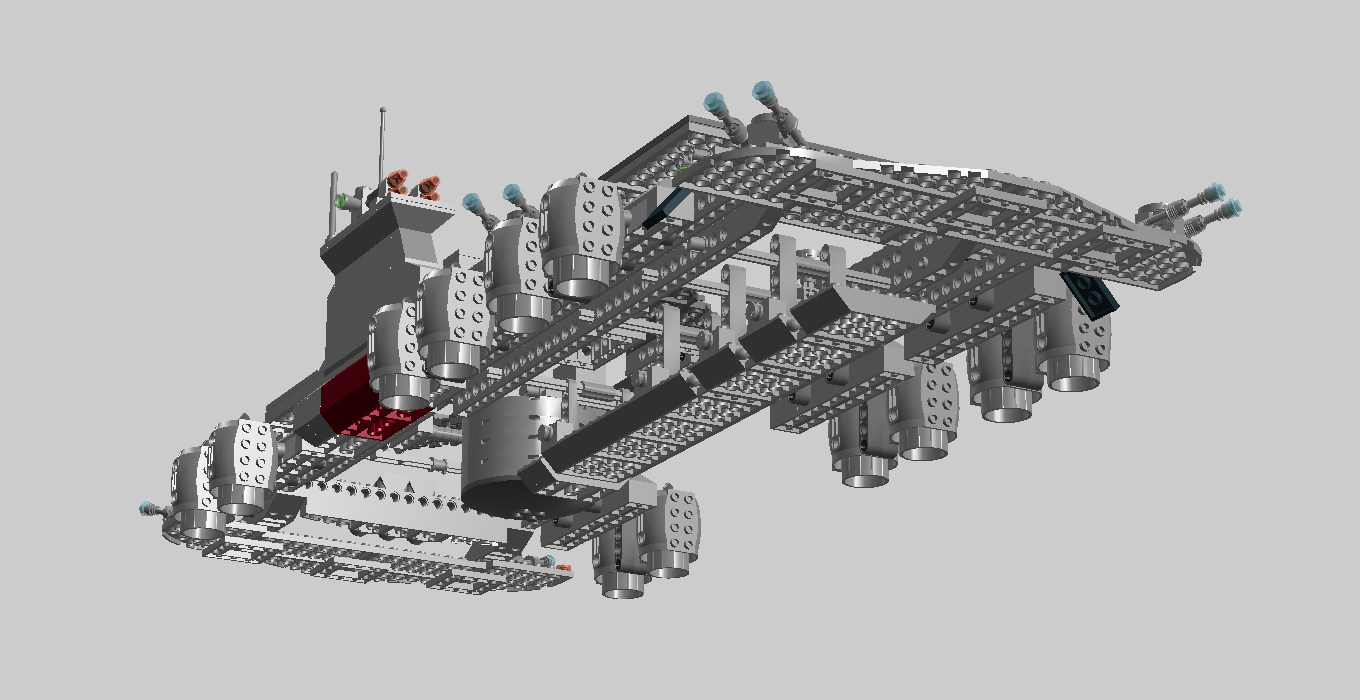 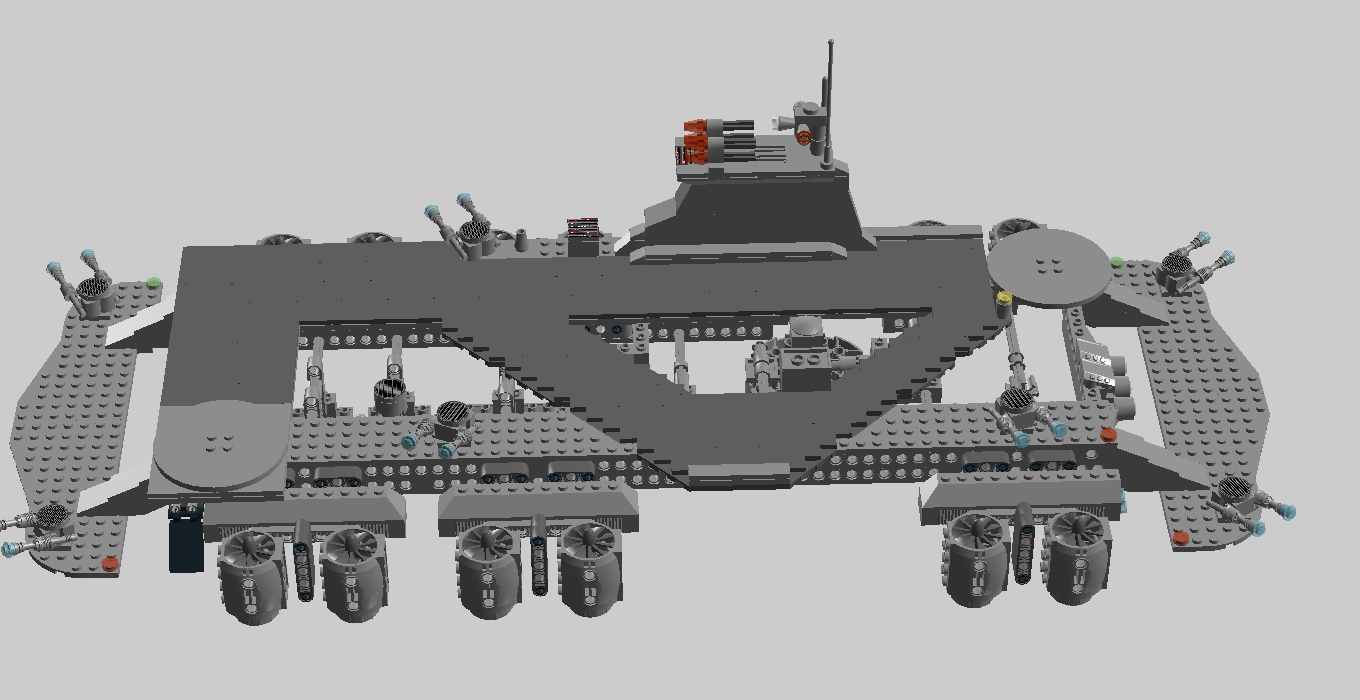 A view of the Port (Left) hand side of the Model 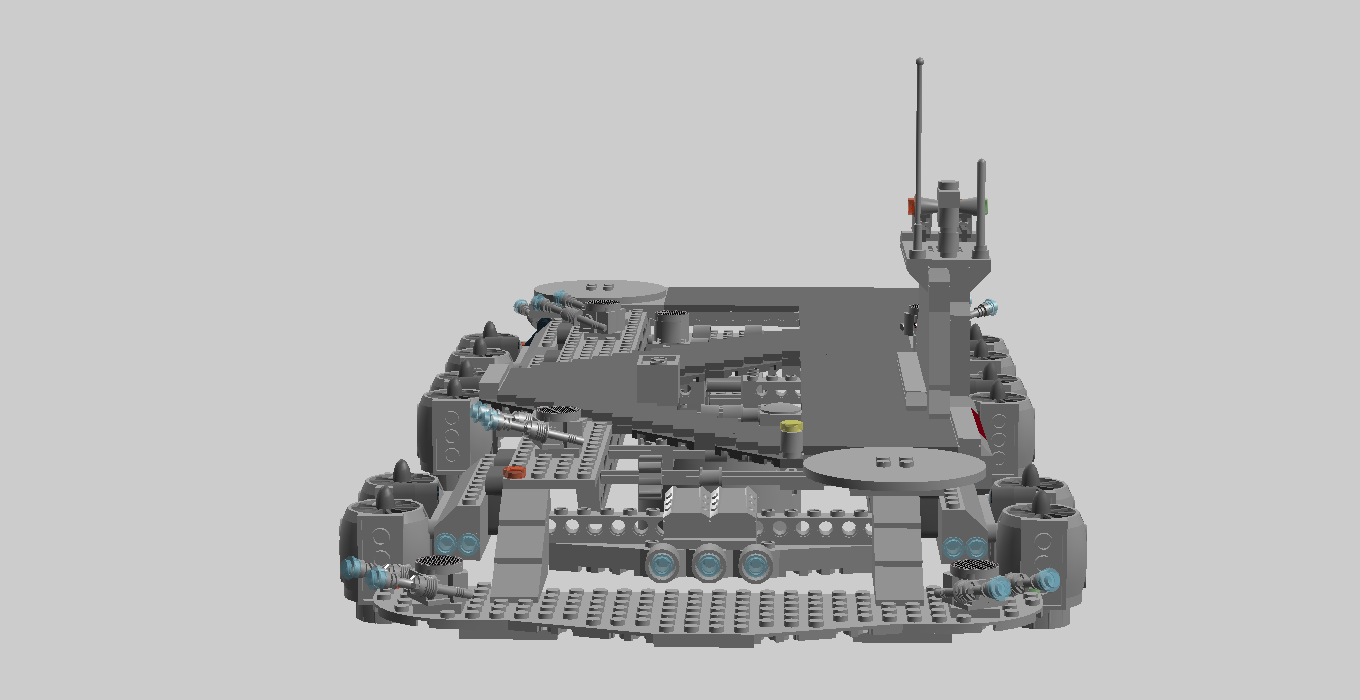 The rear of the model. Now there really are no pictures of this part of the craft, so I sort'a made it up. So as the Turbo Fan engines are only for lift, It must of had some way of moving forwards, so I added some sort of energy propulsion type engine things. ;-P

The Starboard side of the model. Obviously there are now Stickers or anything detailing the model, so sorry if it looks a it bland.
Also visible in this picture, are the flick-fire missiles on top of the main control hub. It looked a bit bare without anything there, I couldn't think of what to put there, so I added them.