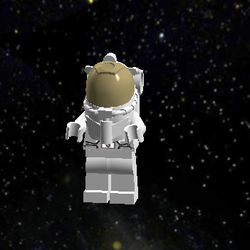 Ariane 6 is a launch vehicle under development by the European Space Agency (ESA), with a first test flight scheduled for 2020.If development is completed, it will become the newest member in the Ariane launch vehicle family. The final design was selected by the ESA ministerial-level meeting in December 2014,favoring a liquid-fueled core with large solid rocket boosters over the initial solid-fuel rocket design.

Ariane 6 will come in two variants.

Ariane 6 will be made up of three major structural and propellant-carrying components.

The Ariane 6 first stage will be powered by a single Vulcain 2 engine burning liquid hydrogen (LH2) and liquid oxygen(LOX). It will be 4.6 m (15 ft) in diameter and contain approximately 149 tonnes (328,000 lb) of propellant.

Additional thrust for the first stage will be provided by either two or four P120 Solid rocket boosters. These boosters will each contain approximately 120 tonnes (260,000 lb) propellant and will deliver up to 3,500 kN (790,000 lbf) thrust. Additionally, the P120 is intended to be used on an upgraded Vega launcher.