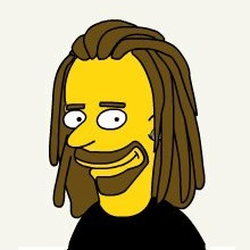 DeeJayDready
8
The model is a destruction derby style Space Racer driven by the nefarious 'Space Pirate Bradach'.
I know that the Minifig used is from Aquazone, but my choice was limited at the time (see below) and I thought he looked the part.
I built this model at an interactive art installation in 2010 and entered it as part of the events competition. Lots of fellow attendees voted for it to win. I was so pleased with my effort that I asked the artist organising the event if I could pay to keep hold of it, which he allowed me to do.
As someone who was fortunate enough to have lots of great Lego sets, mostly small ones, as a child, I think it would make a great set as it would be at the lower end of the price bracket and affordable to most, while being a cool and interesting style that would be fun for kids (of all ages!) to play with.
8