Narnia: The Witch & the Wardrobe 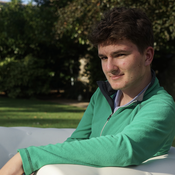 Narnia: The Witch & The Wardrobe is based on the classic novel The Lion, The Witch and The Wardrobe by C.S. Lewis and its film adaptation produced by Walt Disney. This is a story I have always been enchanted by and the best place to start introducing Lego to the world of Narnia, is the door, or wardrobe itself.
As seen in the photos, the four protagonists and siblings of the story Peter, Susan, Edmund and Lucy are included as well as Mr Tumnus, the faun, and the wicked witch, the antagonist of the book.
Narnia is a timelessly popular world, and would open the wardrobe, pun intended, to a whole host of Lego set possibilities. This set is a small, relatively easy to build, yet compact design that reimagines how the wardrobe bridges two worlds.
It would be great to see this set become a starting point for expanding the Narnia universe as I believe that Lego can really add to the books and films, thus far, that have realised the Narnian world.
Build timelapse: