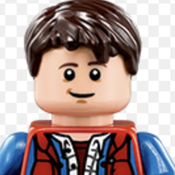 By Coolcollectables
6 comments
It is a Lego set based on the green hill zone from sonic the hedgehog,
I built it because I wanted a set for my sonic minifigure.
I believe this would make a great Lego set because it is accurate to the game and many people would love to have a sonic Lego set where they can put their minifigures and sonic from the Lego dimensions pack. Lego could also make add on packs to create other level zones to expand the sonic world!!! Lego could make this set even better by adding game sounds into the set like in the super mario Lego sets!!! They could have the golden ring noises and the spin dash sound!!! I have created a Lego stopmotion using these sound’s on YouTube and it looks great!!!
I would definitely buy this if it became a real Lego set!