By Xendor
0 comments
One problem I had when I saw Hero Factory: Brain Attack was the fact that every creature that the Brains attached to mutated, but when they attached to Surge, only his eyes remained the same, while the Brain did not plant itself in his head. So, I decided to make a villain version of Surge (the first version of the Flaw/Master Scourge). 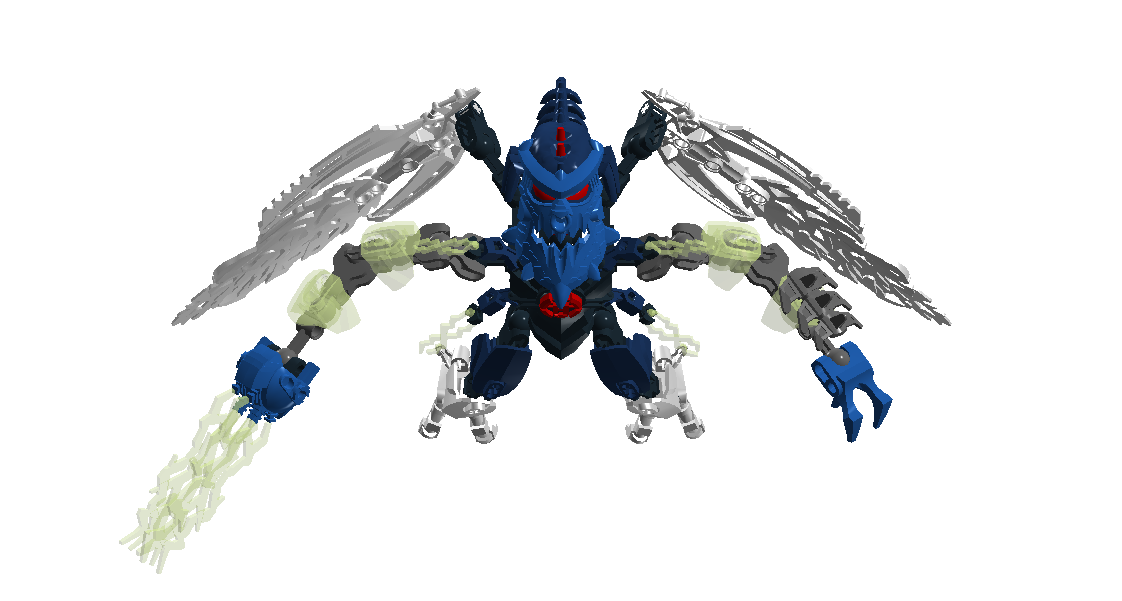 Since Surge's creation, the Flaw has been trying to find a way to bring itself to power, and gain its own body. But first, he needed to get Surge into a position where he would be open to such a chance. He has acted as a conscience by making Surge make decisions, such as staying behind and give Surge's team a chance to escape. The Flaw secretly led Surge to take out Jet Bug, and help his team defeat the Fire Villains. He snuck the codes for the Quaza onto Aldous Witch's desk, taking advantage of his lust for Quaza. And he tricked Surge into electrocuting the Brain in order to confuse him, and disable his jet pack.

Now, the Flaw has full control over the monstrous Surge, and is building an army of Blank "Heroes," and will soon destroy Hero Factory, if Breeze is unable to get the Brain off of him. 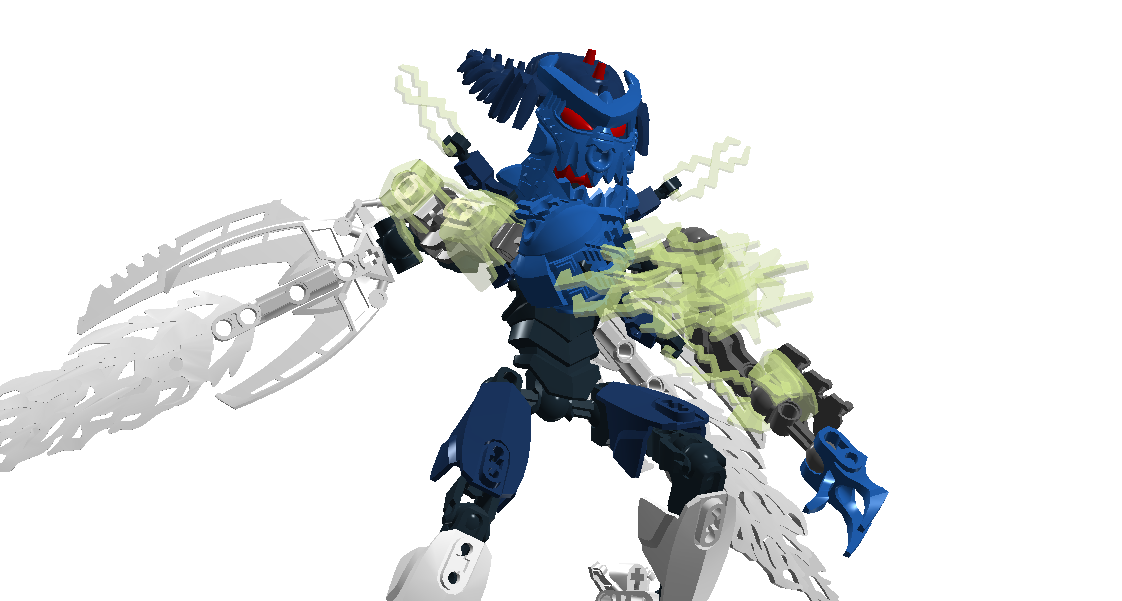 As with Ogrum, Surge's weapon has become a part of him. Also, his mechanical, jet wings have become metallic, feathered wings. His hero core has changed to a bright red, and his features are almost not recognizable.

This is the last Hero Factory set that I am doing. If you wish to continue with me, click here. At the end of each project is a chapter of the story, as we proceed on. There will also be links to the next set with the next chapter.

I hope you enjoy this set, and will enjoy my upcoming Bionicle sets. Xendor.