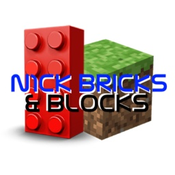 •2 Passenger Cars that can hold over 4 Lego® Minifigures!

•Minifigures include: 3 Cast Member Tram Attendants, and a family of guests (2 Parents, 2 Small Children, and 1 Toddler in a Stroller)!

SUGGESTED RETAIL PRICE: $99.99 - $129.99
Price based on piece count average price. Price may vary depending on licensing and participation. This set is in no way sponsored or licensed by LEGO Group ® or The Walt Disney Company®.

The inspiration behind this set stemmed off of an idea that I had the creative desire to develop and design a brick built version of the parking lot trams that so many of us see on our trips to the Disney Parks. This model seemed to be an unseen proposal in the Lego® Ideas line, and I thought that with the recent release of 71040 The Disney Castle set, there needed to be more Disney Parks themed Lego® merchandise.

I believe that this would make a good set, because of its tremendous playablilty, especially with the minivan with an opening rear hatch that enables the ones who play with or pose the set, to be able to safely store the stroller before they arrive at the park. The set fully captures the characteristics of the Disney tourist, with the addition of the pirate boy, and princess girl, giving the set a general Disney feel. It also features a tram along with the attendants to run it, and I believe that this will make a wonderful addition to the collections of any Lego® and Disney® fans alike.