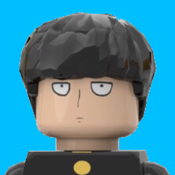 By BuggythePirateKing
8 comments
From the classic Nickelodeon show Rocko's Modern Life comes Brickheadz of Rocko the wallaby and his friend Heffer the steer!
Rocko's Modern Life follows the surreal misadventures of Australian-immigrant Rocko the wallaby, along his friends Heffer the steer and Filburt the turtle, in the wacky fictional town of O-Town. The series ran on Nickelodeon for 4 seasons (52 episodes) from September 18, 1993 to November 24, 1996. In 2019, a special titled Rocko's Modern Life: Static Cling premiered on Netflix picking up where the show originally left off.