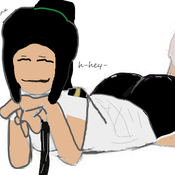 By Frinx
13 comments
The NEAR SHOEMAKER probe is a probe made to explore the specific asteroid, Ceres
About this project
I started this project around 4/29/21. The following week I finished the build, but i had a idea. I was pretty bored because what i usually do is make a build, share it to my friends, and leave it to that. But I thought, “hey, what if this build turned into a LEGO Idea?” my mind says. So i posted this probe build here hoping to get enough supporters! (Note this is my second lego build on LEGO IDEAS. I am a experienced LEGO builder, it’s just this is my first time on LEGO IDEAS.)
Total Bricks: 64
Credits:
Image References: nasa.gov, Wikipedia
Builder: Frinx