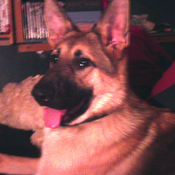 This is my latest submission, Antoni Gaudí's Hotel Attraction, as part of the LEGO Architecture Series.

This model is as near to the look as I can get it, I have included a picture of the original sketch of the building for comparison.

Here is some information on the building:

Hotel Attraction was a proposed project by architect Antoni Gaudí, for a skyscraper in New York City.

The project was commissioned in May 1908. Planned at a total height of 360 metres, it was probably unrealistic for its time. Little is known about its origin, and the project remained unknown until 1956, when a report by Joan Matamala i Flotats was published, called "When the New World called Gaudí".

The drawings for the Attraction Hotel had been proposed as basis for the rebuilding of the Ground Zero of Manhattan.