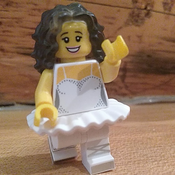 All right, so crystal caverns is perhaps an exaggeration, seeing as we need to keep it under 3000 pieces. But there's always tinkering to be done! As a celebration of hitting 500 supporters (1/20th of the way there!) here's a render of the back of the model! More tinkering and renders as we move towards 600! :) 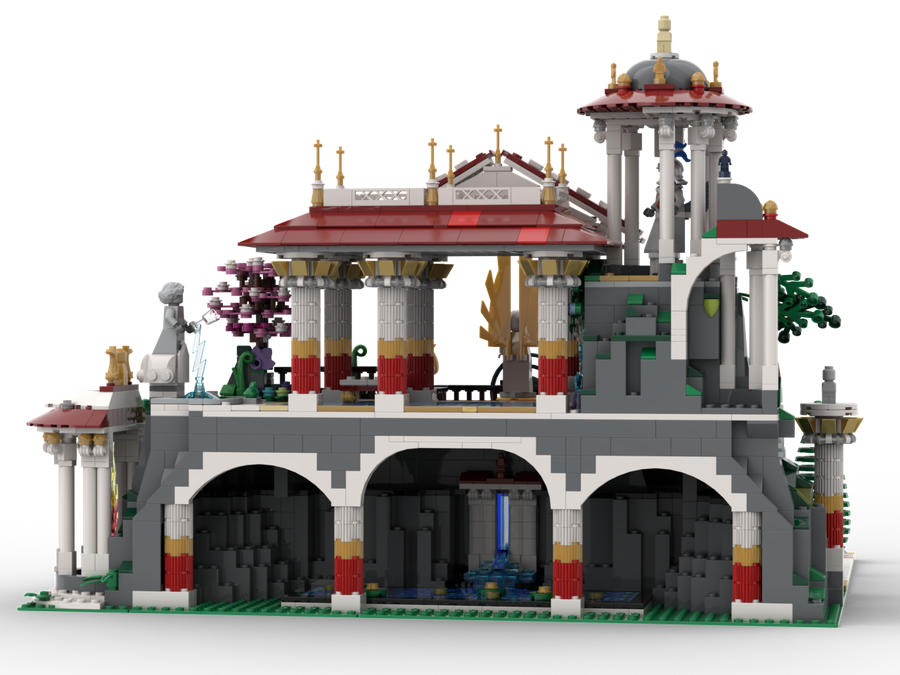 450 Supporters! Thank you so much to everyone who has supported so far. The crystal caverns are still in progress, and once we reach 500, there will be another render of the mystical caverns beneath the Oracle's temple!
On Mar 07, 2021

Whoa! We're getting close to the 500 supporter mark, you are all awesome! Keep up the great supporting! :) Here's a new picture of the other side of the Oracle's mountain. As you can see, the smaller part to the right has another mystical fire burning inside it. And the purple herbs are hiding on the mountainside. You can also see the clear support column that helps to hold up the staircase! Tune in for a look at the mystical interior cave when we reach 500! :)
On Mar 05, 2021

Wow! It's almost like clockwork, I get the opportunity to post a supporter update every three days, I love it! Thank you everyone for your support so far, I'll have an exciting new render when we make it to 400! :)
On Mar 02, 2021

Yes! 300 supporters, 3/10th of the way to the next milestone! This is awesome, thank you so much to everyone who supported so far, we're on the way! Here's a new picture of the left-hand side of the mountain. I've been tinkering with some of the vegetation, I may change minor bits of it here and there. But don't worry, it'll stay overall pretty similar. Stay tuned for the next update at 350! :) 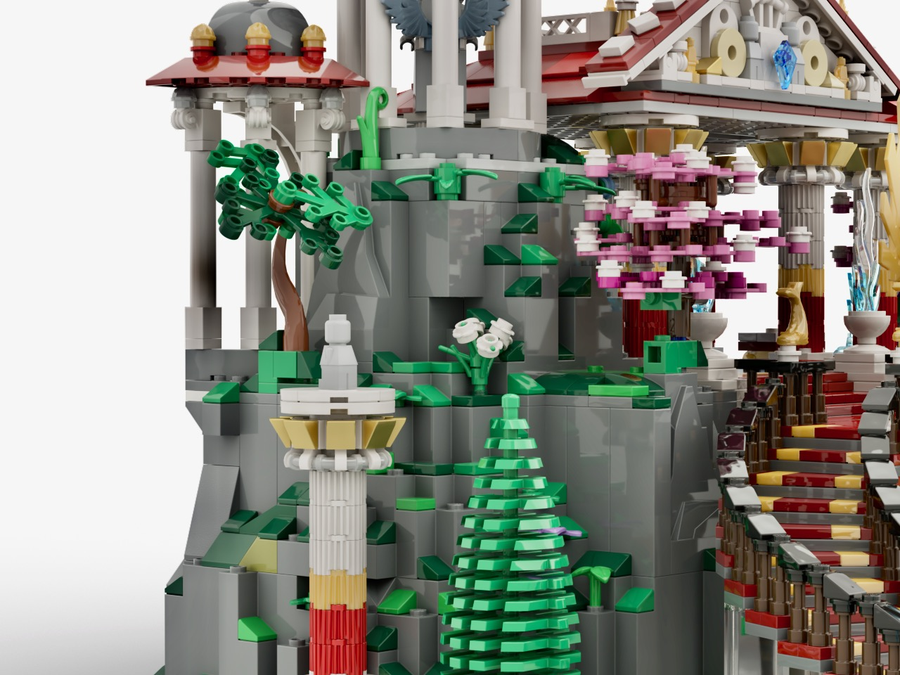 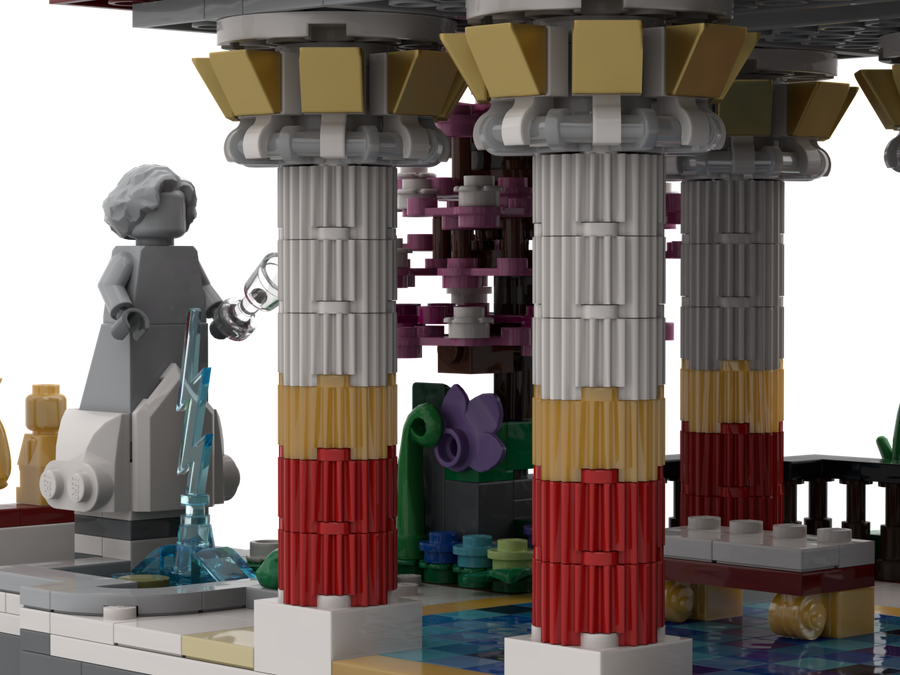 Facing the Oracle, across the temple is a fountain, drawn from the same spring that feeds the waterfall and fountain below. They say that if you throw a coin into it, any wish that you make will come true. Of course, that also depends on how much the coin in question is worth ;) In the small garden tended by the caretaker and her handmaidens, you can see one of the purple plants below the cherry tree... Stay tuned for more pictures when we reach 300! :)
On Feb 24, 2021

Wow! I just checked it a few minutes ago and it looks like we've cracked the 200 mark! At this rate I'd better start churning out more renders and pictures! As it is, here's a close glimpse at the fountains that come from the mountain. There's a spring there, and it pours into a beautiful basin underneath the grand staircase. See if you can spot the rare purple plants that grow on the mountainside. When brewed, they make a powerful healing tea that's most efficacious in the treatment of wounds! 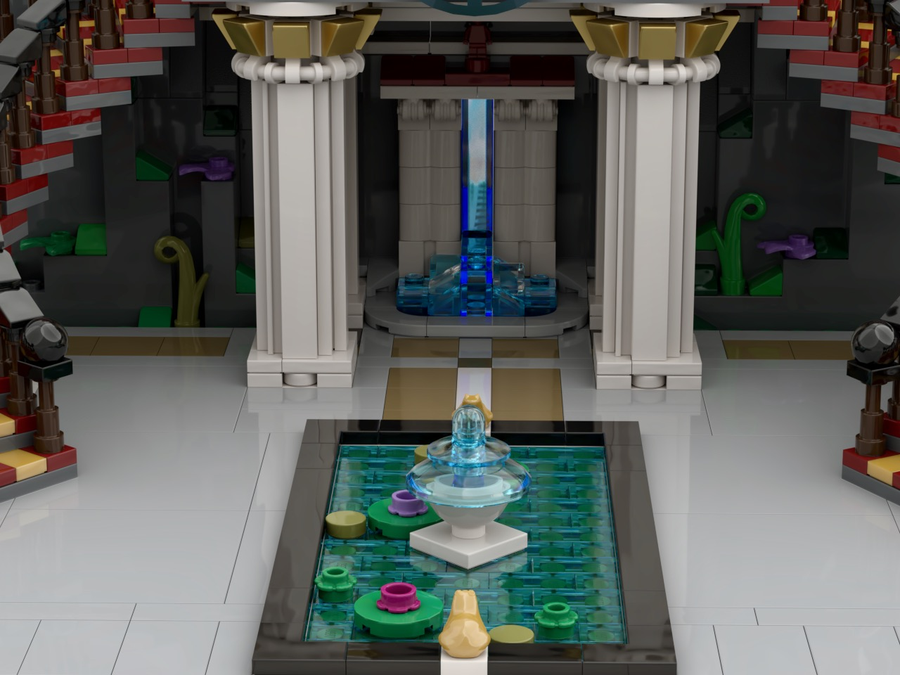 Wow, it's reached the 150 supporter mark already! This is fantastic, we're well on the way to the next milestone. 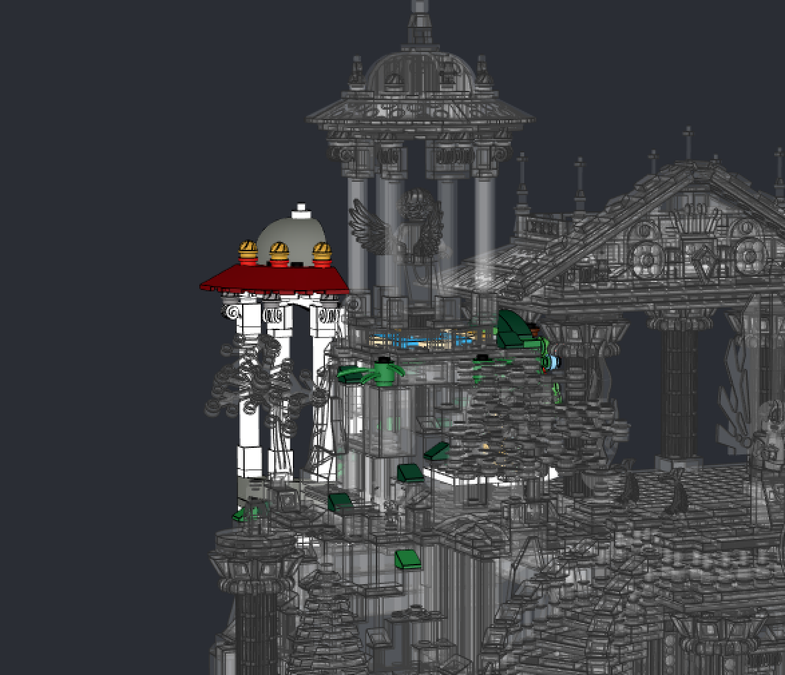 Today is a bit of tinkering with the plant life and side tools on the mountain. I've always thought the Instructions in Stud.io always look so dramatic! Stay tuned for more pictures in future updates, once we reach the next couple of hundred!
On Feb 21, 2021

Wow! This has been the speediest of all of my projects to make it to 100, only about one day or so! Usually they take longer. Thank you so much to everyone who has supported so far, we're on our way to the next milestone!
And now, gazing through the upper temple, past the fountain (removed for view), we get a glimpse of the garland-laden shrine of the Oracle. Crystal fountains spring from golden pipes into a curved shell basin, in front of the statue of the Oracle. Being built into the mountain, the caretaker can observe the cracks in the mountain and the ethereal vapors that rise from them. And the Oracle speaks... 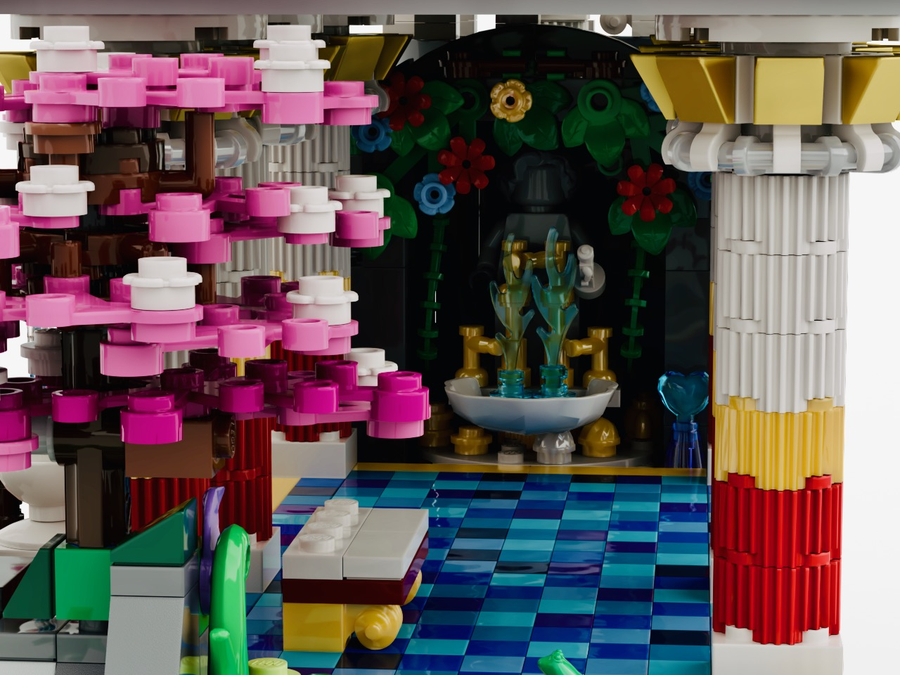 Stay tuned for new pictures on the next update, and in the meantime, keep the wonderful support going! You all rock! :)