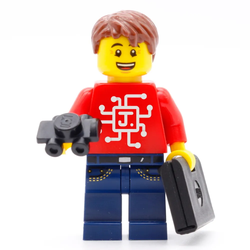 Officially known as "European Champion Clubs' Cup" or "Coupe des Clubs Champions Européens", this trophy has fascinated generations of football fans since 1956. The UEFA Champions League is one of the most prestigious tournaments in the world and its trophy is desired by both players and fans of all european clubs.
My first draft consists of 381 parts.
This trophy would make a great impression on the shelf of every LEGO and football fan!
85
168
days left