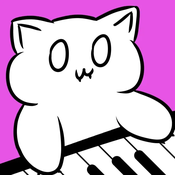 Steven Universe is a cartoon that began airing in Cartoon Network from 2013, the cartoon is about Steven Universe who is the son of Rose Quartz who led the Crystal Gems. Along with other members of the Crystal Gems, Steven learned more about his mom and the powers he got from her by saving his home, Beach City from threats.

In 2019, a movie which is a sequel to the events of the show was aired introducing a new character.

Spinel’s Injector as seen in Steven Universe the Movie, Steven and the Crystal Gems are facing their new foe, Spinel who brought a new threat to earth. There are about 500 pieces

The Injector - The machine Spinel arrived with to earth, which the movie is focused on, it has three legs and a drill in the middle which you can rotate, it also has a place where you can put a minifigure on top of it.

Peridot’s Research Station - In order to get a better understanding of the injector Peridot has built a small research station, it contains various items: a microwave, a box, a generator, a screen and one of Peridot’s drones.

Steven - A member of the Crystal Gems and the main character, Steven have a shield.

Garnet - A member of the Crystal Gems who is also a fusion (A combination of two Gems), Garnet have two big fists

Pearl - A member of the Crystal Gems and the former servant of Pink Diamond, Pearl have a spear.

Amethyst - A member of the Crystal Gems, Amethyst have a whip.

Peridot - A former enemy of Steven who is now a part of the Crystal Gems.

Spinel - The former best friend of Pink Diamond who became the villain, Spinel comes with a scythe named “Gem Rejuvenator”.

Why do I think my idea would make a great LEGO set?

Steven Universe is a cartoon loved by many different people and I think that many fans would love a LEGO Steven Universe set and what would be better than something based on the movie.

In addition to that, the minifigures have different types of features (the shoulder pieces, the unique hair colors, and weapons) which could be used for OCs and as of the injector, it’s pieces could be used to create an original mech.

Why did I build this?

Steven Universe is one of my favorite cartoon shows and I really loved the movie and so to express my love for the movie I decided to recreate something from the movie using another thing I love, LEGO bricks.