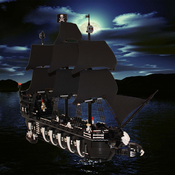 By steakman
15 comments
Listen closely ye lego landlubbers and I’ll tell ye a tale. A tale about a haunted pirate ship that sails these here seas. She be called The Bleached Skull, a three master she be. Armed to the teeth with twelve cannons. It ain’t the cannons ye should be fearin though. It be the ship and her crew. Some say the ship is alive, but her crew is another story. Her figurehead is a monster with outstretched arms, clawed hands, and a glowing skull. Her hull is lined with the ribs of some great sea monster and bones adorn her deck. She grapples any ship that comes within reach of her figurehead. If ye see her glowing skull before her black sails then it be too late fer ya. Once it has a hold then her crew boards and introduces themselves. They be gallows jumpers, skeletal pirates strung up for their misdeeds. The love of the sweet trade called em back. They sail at night, the ship and her crew, looking for merchant ships and unwary travelers to plunder……… 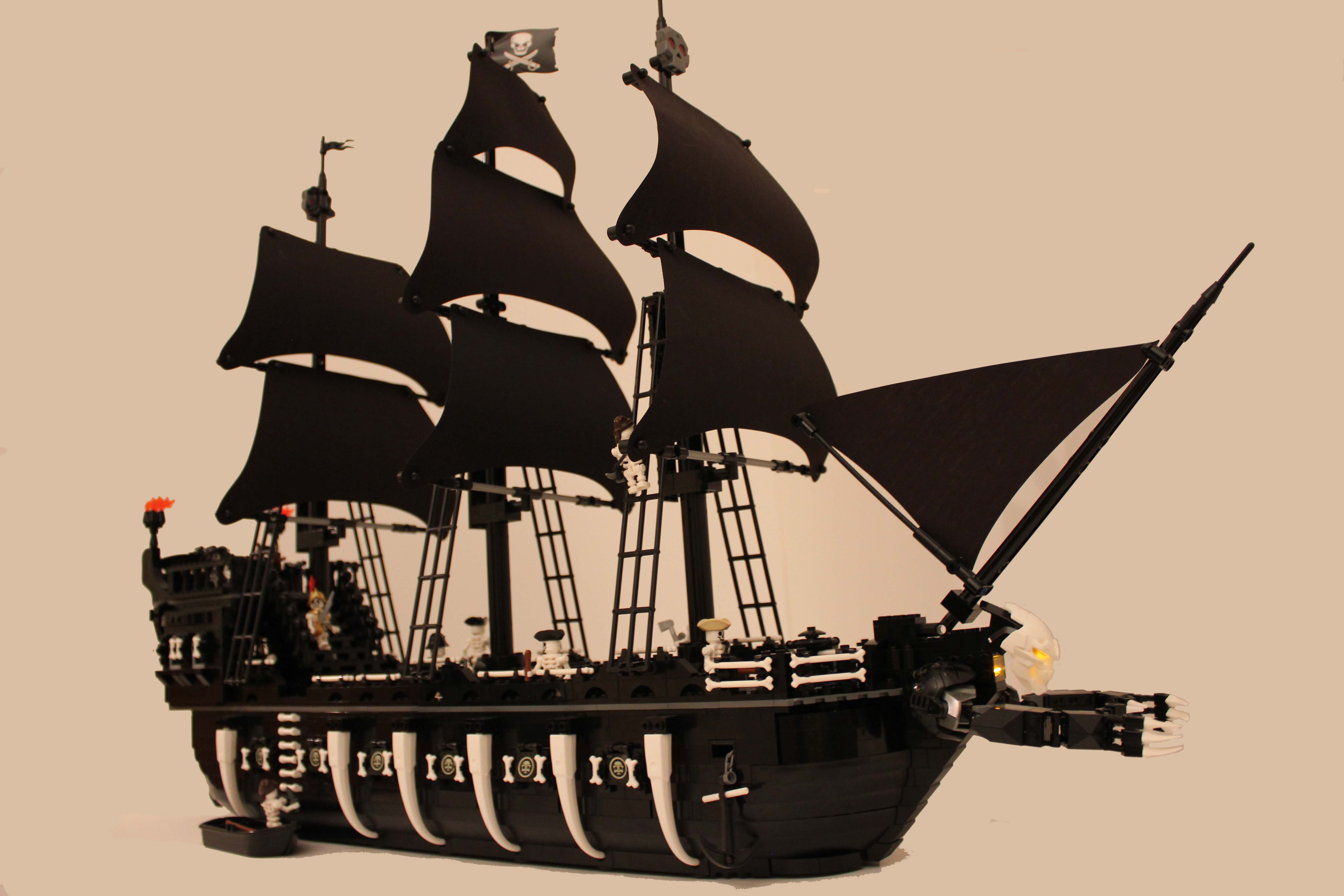 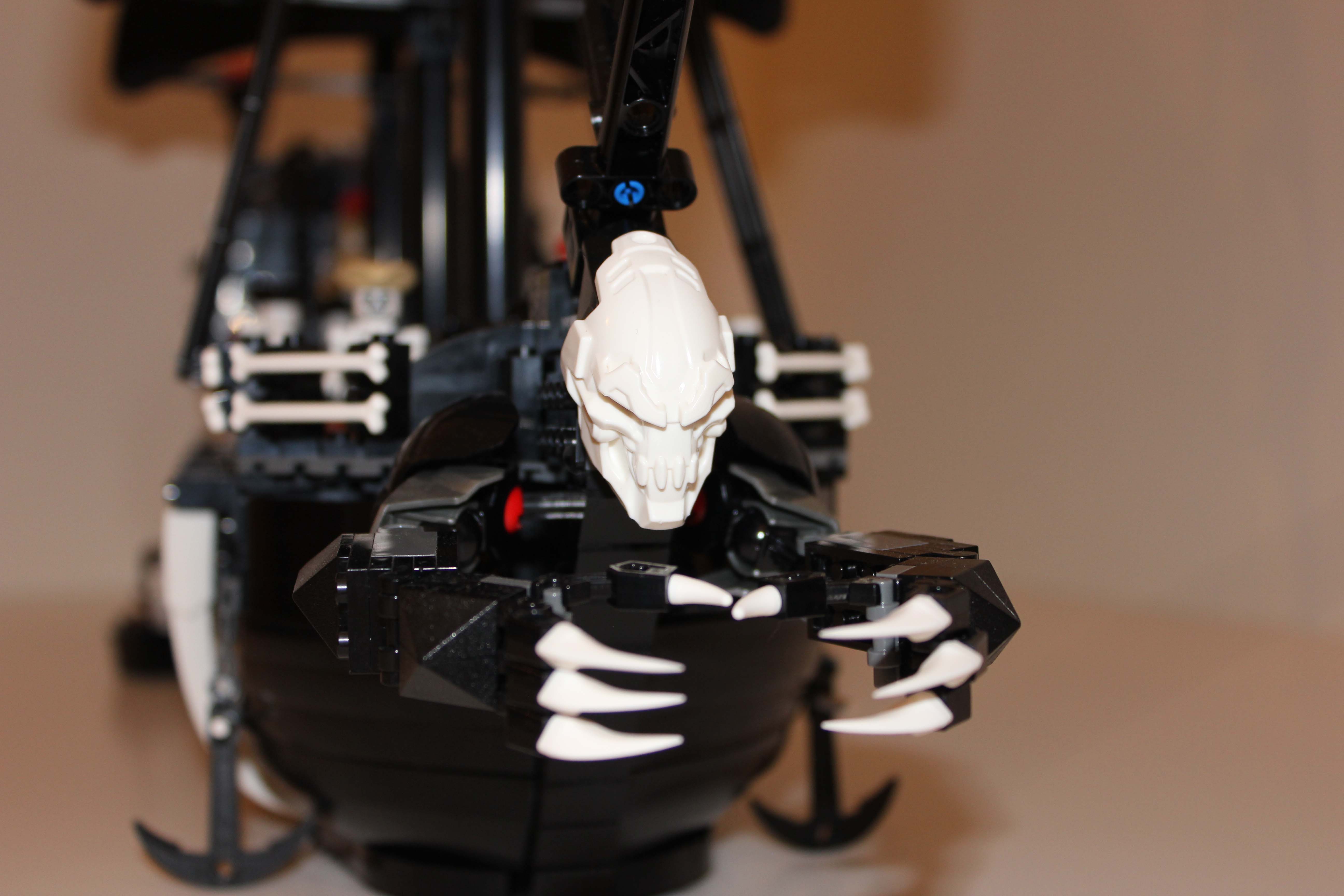 The Figurehead has a light behind the skull. The eyes light up and the skull takes on a yellow glow when its on. 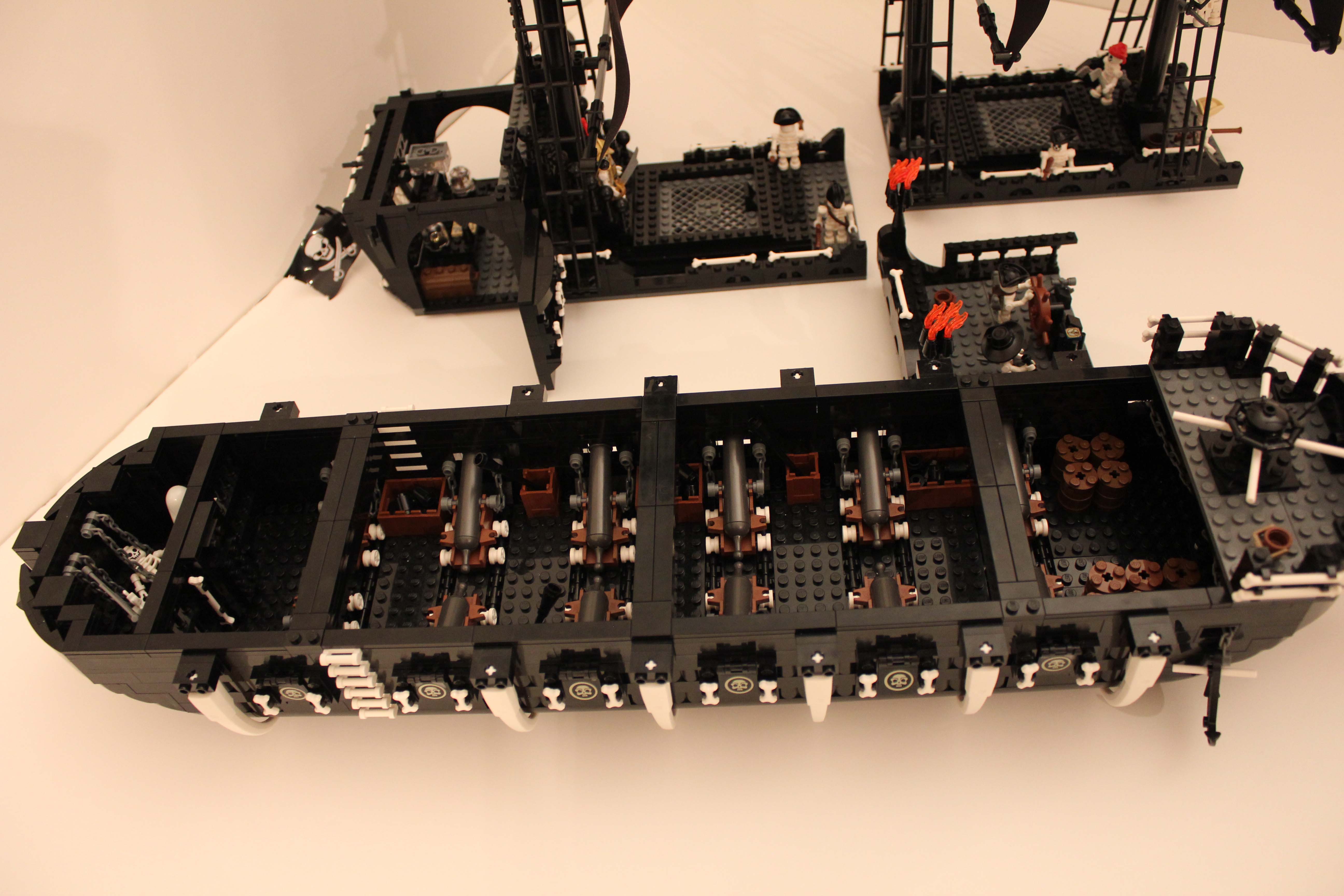 The decks seperate giving access to the cannons (which are chained to the wall and sit on rods that they roll back and forth on). It also gives access to a dungeon, complete with ball and chains. 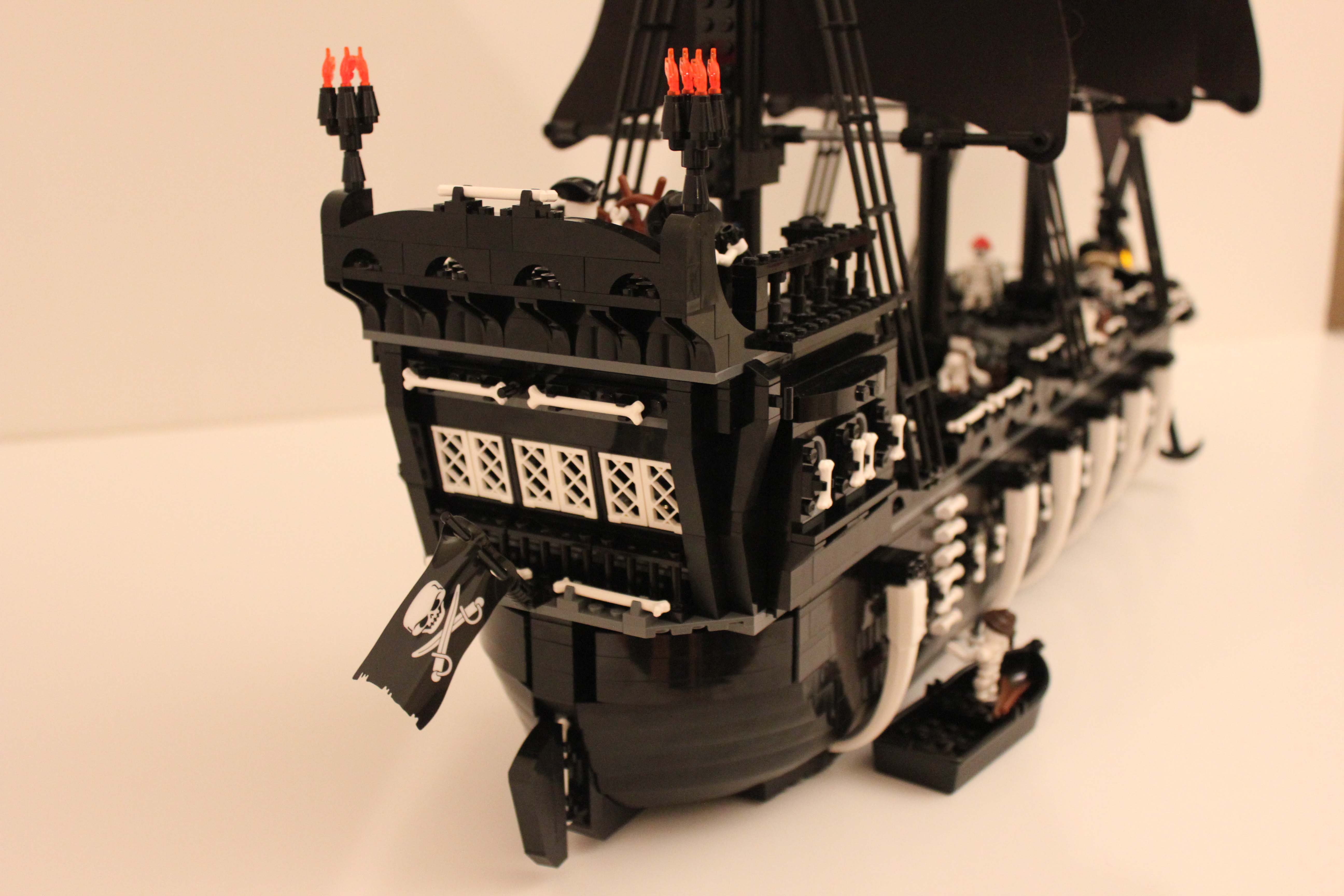 Back view of the captains cabin (both sides of the cabbin open up and the top can be removed for easy access and play) A Light is also included in the captain's cabin.