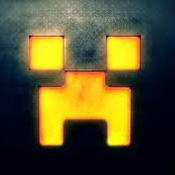 By ERFnacho0313
0 comments
If you remeber the original game called pac man than this lego game would be for you!
This game can be playes how ever you want!You can play like a lego game or you can make up your own way to play!The max players would be 5 at minimum 1 or maybe 2! There are pieces on the bottom that will make this big game board more portable!There are 5 game pieces, pac man and 4 ghosts! Your pick, play anyway you want to play! Use your creative imagination and redesing the board so it looks how you want it to and then you can make up your own way to play! Enjoy!


Well here it is, I just changed and added a few things.

First off I changed the PAC man.

Next I added extra lives.

Then added cherries and blue ghosts.

And one more thing is, I don't know if you noticed in my other one but there was a small problem with the dots in the center, so I just deleted them.

The pieces remain on the bottom and so far I have not added a dice as requested.

I would like to quote one of my comments that I thought would make this so much better, "Could be a fun game to play.
Some simple rules could be attached to a single die 1 to 6 to determine how far you can move.
Ghosts use the same die.
Once moving in 1 direction, the direction can't be changed until a crossing is met.
Rules should benefit the PAC Man player if more that 2 players are playing. Double move for PAC Man could work."
by Game Smith and personally I think its great tell me what you think in the comments!!!!

Here is another idea by 'ElectroDFW'
"Second the one die idea, However, I would make the rule that like the video game, PAC gets about 3 to 5 rolls before the ghosts roll. PAC can change direction at an intersection mid count, but ghosts have to land exactly on intersection to change course (unless they are at a corner). When PAC gets to Power dot, he gets one extra roll for that turn, and the next two turns. If he passes the ghosts on those rolls, they go back to the cage. Easiest to have game end when all Power Dots are reached."
I think this would also be a good idea leave a comment saying what you think!

More ideas from viewers in the comments would be great!

Thanks for checking this out! 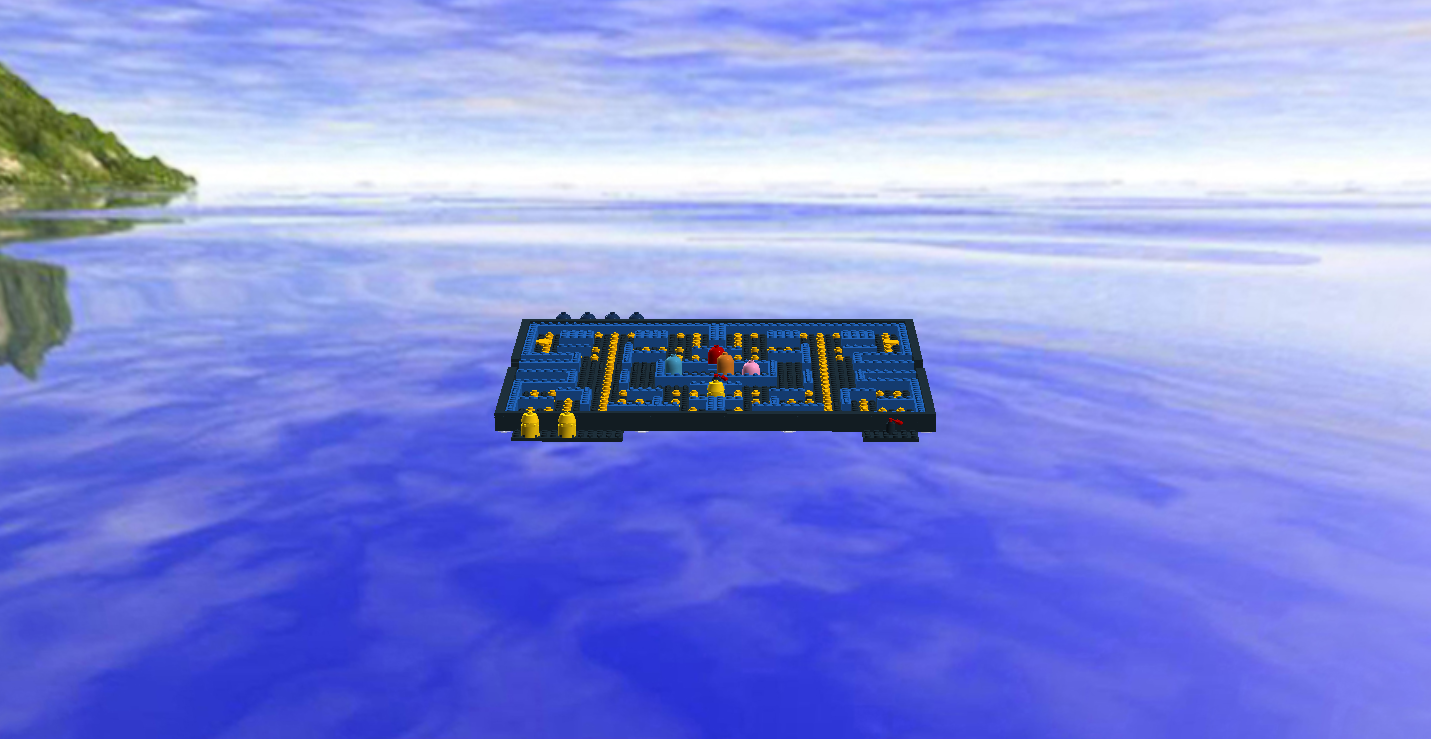 This is just an original prototype!(not anymore because its the second one).You may also notice the two extra lives and the cherry off to the right. Why? I don't know leave a comment saying what you think the extra cherry could be used for. For example maybe cash it in for another life if you collect both.

These are the pieces on the bottom of the game board that keep it together and help it slide which makes it portable!(since this is an original picture from the first one you will not see the section of extra lives, blue ghosts, and cherries) 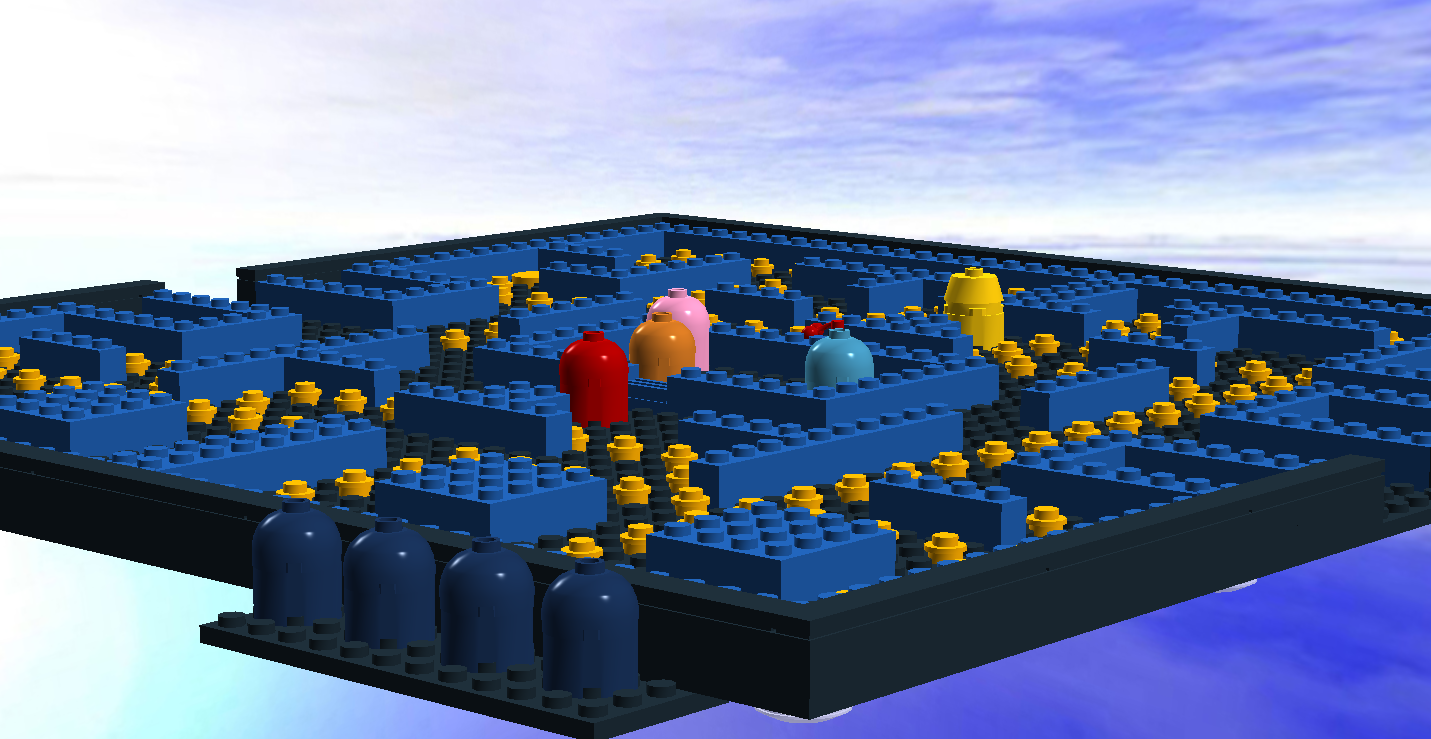 These are the four blue ghosts. 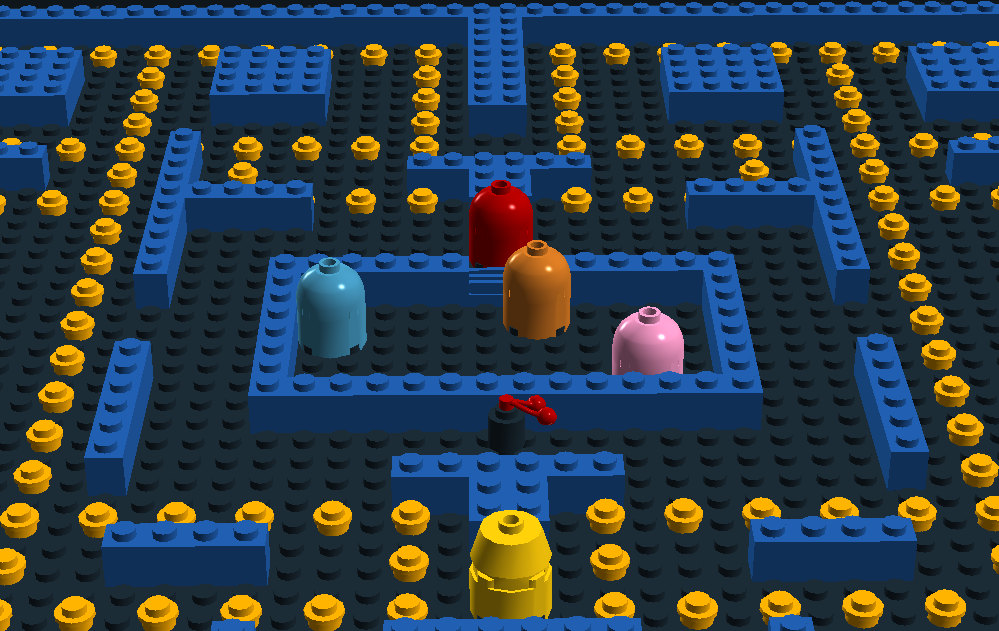 This is pac man and in the back are the ghosts! And as you can see I changed PAC-man and added the cherries in the middle for extra points or something.