Trading And Service Base 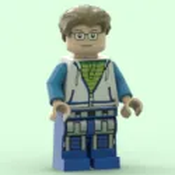 By Alexis.W
20 comments
The Consortium received the site for their trade and repair base as compensation for repeated space pirate attacks on merchant ships and outposts. On the asteroid in the Alpha Centauri system, there was previously an outpost of the pirates, who were thus punished for their actions at the same time.
The consortium demolished the buildings, but in the case of the landing field, followed the design of the previous one. The in-house transport shuttle is usually parked on this field, and also serves as a mobile defense if the pirates, who are weakened but by no means defeated, dare to attack. The shuttle has a modular structure: the cockpit can be decoupled from the transport module so that the cockpit can on the one hand load different transport modules. On the other hand, the pilot can uncouple the rear module in the event of danger in order to be more maneuverable and also to keep the load safe from attackers, since the transport modules can also operate autonomously.
There is a kind of forklift glider in the warehouse for transporting the heavy crates of goods. The glider can either be operated by a pilot or operated remotely.
About the construction: The base has two entrances: the administration wing is entered through the sliding door, which opens upwards, and the workshop with the mobile maintenance unit is entered through a tilting door. To make access easier for players, there are two more flaps that make it easier to reach into the building.
I built this model because I needed a base for the "Space Consortium of trade and service"-line I was imagining. It should reflect the style of the ships and also stand for the character of the consortium as a "hands-on" (within the law).
I think this model - like the other models in this series - is a good addition to the LEGO space theme and should therefore not be missing from any collection. In my opinion, LEGO is currently missing a space subgenre that is not tied to licenses, such as Star Wars. I miss the times of the 80s and 90s, when you could still interpret what you wanted into the space models. With this, this time can come alive again.