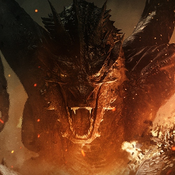 I realise that Lego have already released a set of a medieval joust, but I wanted to make a set that would be cheaper to purchase but still contain a high level of detail.

This scene depicts a royal joust. The king gives the sign to begin. The two knights mount their horses and the charge begins. The dark knight from the east v.s the kings knight. Who will win?

This set would include a raised pavilion with two thrones for the king and queen. In the pavilion there is also a table with two goblets and a pitcher. I added some ornate detail to the top of the pavilion to give it a bit more style and grandeur.

There is a fence with two banners and shields showing the two knight's colours. The horses are fully kitted out in impressive armour.