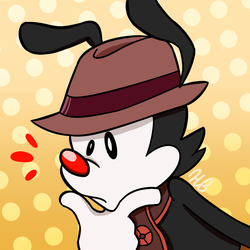 Here I present to you The Warner brothers (Yakko & Wakko) and the Warner sister (Dot).

I believe that this would be a good LEGO set because as a fan of the show I know there are some cartoon fans who would love to get their hands on these.