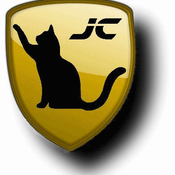 By Jayfields
9 comments
Texan driver and constructor Jim Hall became worldwide famous in the car racing scene back in the sixties and seventies due to his innovative, sometimes revolutionary racers, outstanding machines featuring some breakthrough aerodynamic features such as high-level, movable wings or ground air-sucking fans. Chaparral, the make he founded together with Hap Sharp, became a legend in such diverse arenas as endurance, the Canadian-American Challenge Cup (better known as Can-Am) or even the Indy car championship.
One of Chaparral's most famous racer was the 2F, which competed in the 1967 World Constructors trophy - which included the 24 hours of Le Mans.
Often betrayed by a fragile transmission system, its sole victory was achieved in the BOAC 500 at Brands Hatch, England, beating such myths as Ferrari, Porsche or Alfa Romeo.
Taking advantage of some of LEGO's Speed Champions unique parts, I have built this 8-stud-wide replica as a tribute to one of the most extraordinary race cars I've ever known. My only sorrow is that I may not be able to render in LEGO all the beauty of the original design; this is as close as I could get to it ;). Yet, the model should be easily recognizable.
I believe that any motorsports racing fan - and particularly if he/she is also a LEGO fan - will be delighted to have in his collection this replica of the legendary Chaparral 2F, which also may seat so comfortably among the other Speed Champions models.