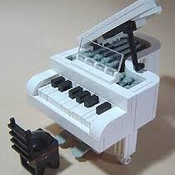 Welcome aboard the Sequoia, one of few remaining steam-powered, quad-engine airships still flying today! Once a fierce warship, this battle-worn behemoth has since been converted into a privately-owned luxury cruiser, but still possesses characteristics from its past, including a plethora of cannons and an old armory. Only one of the four enormous engines on this aircraft remains unscathed, with the other three proudly displaying her scars of the past. The six separate levels of the Sequoia are all unique from one another, from hangar bays and cannon rooms to kitchens and captain's quarters. Here is a description of each level:

- Below deck: On this level, you will discover three separate rooms: the main control room, the starboard/port side cannons, and a hangar for a small fighter plane. The main engine room possesses control panels and gauge wheels to adjust the functionality of the four propellers attached to the outside of the ship. The next room is the cannon room, where eight individual, high-powered artillery guns lay dormant. The sides of the walls possess exposed wiring running throughout the inside of the aircraft, and uneven wood paneling on the floors to represent the age of this vessel. Finally, the hangar bay contains a small landing pad for the fighter plane that resides within it. Despite its miniature size, this feisty fighter plane packs quite a punch, with one minigun mounted on both of its wings.

- Deck Level/First Floor: Two large masts, a steam-boiler tower and an impressive mast cover most of the deck. Perched upon the smaller of the two masts is an automatic, rotating manned turret, with four menacing barrels. Inside the first level, you will find an old armory, with guns, ammo and explosives. On the other side of the dividing wall is a single-toilet bathroom with a privacy stall, sink, and paper towel roll.

- Second Level: Easily the most favorited level of past crews, the second level is where the kitchen will be found. Located within the kitchen is everything a chef could ever need. The left side of the kitchen is home to a cauldron, a large table, and a shelf of various drinks and spices from around the world. On the right side of the kitchen is an oven, microwave, and multiple burners, along with a shelf and a wall laden with various cooking tools, and a whole turkey ready for cooking. Most importantly, everyone's favorite appliance lives in the back of the kitchen: the refrigerator. Bon appetit!

- Third Level: Home sweet home. On the third level, you will find the comfy living quarters of the captain. This quaint room contains a small dining table with a couple of drink options and a lovely flower vase, along with a small library, a desk with a map resting atop it and a king-size bed. There is even a small porch located directly outside of this room's entrance that provides and excellent view.

- Fourth/Fifth Level: Level four is the command deck of the Sequoia. This is where the steering wheel and various other control panels are located for the captain and designated members of the crew to operate. On the fifth and final level is another  automatic, rotating manned turret to protect the bow of the aircraft, along with a third sail.

The true personality of the Sequoia can be discovered through her exterior detail, from the exposed machinery on the propeller engines to the golden plating located on the third level. This beautiful aircraft can be forever immortalized with YOUR vote, and receive recognition from the esteemed LEGO crew themselves. Join the Sequoia on her next adventure and be a part of the journey to reach 10,000 votes!

I built this model because I love the steampunk theme, and how it crosses old technology with wacky, futuristic ideas. LEGO has yet to take full advantage of this very imaginative theme, which is exactly why the Sequoia would be the perfect set to kick off LEGO's future involvement with steampunk style sets!