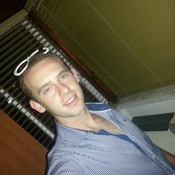 I took an inspiration of this set from buses where I live (Israel).

Its a realistic bus station on a busy street with small news and flower stands, lots of play options with this set.

The set has 1170 bricks on Lego Digital Designer. Meaning lots of peaces and lots of things to build by yourself.

The bus has some tools for repairing it, engine and a spare wheel for imaginary bus malfunctions.

The bus itself is not a single peace, its 2 connected pieces that can rotate!!!

The set contains some a lot of mini-figures:

The bus is a long double bus, it can rotate on corners. It has a few features: