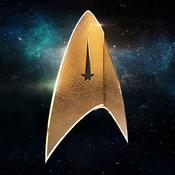 This is a recreation of the Atari console of the 80s that was the pride and joy of many kids. This is the console, which was plugged into the TV and held the operating system. Then there were the joysticks, which controled the action on the screen. They had infrared tech that allowed them to work without being physically attached. And then there were the game cartridges, which had the software that held the games. This set comes with the actual console, which has a slot to put the game cartridge, two joysticks, one of which has the player one buttons to select the games, and the game cartridge, which has decals on it.

I built this because on Christmas, I received an Atari Flashback 8 gold deluxe, which is a recreation of an Atari 2600 console that has 120 old games on it. A week or so later, I was deciding what to base my first lego digital designer project on, so I glanced across the room at my Atari, and Bingo!  It struck me, and I could not think of anything better.

I did this project because the Atari had been a huge part of people's lives, and so I wanted to renew that novelty. I feel this would be a good project for anyone to build, as I feel it is fun and out of the box.