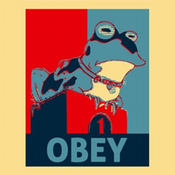 By guiguizmo_5168
7 comments
I was playing with my kids on the brick headz set and we came to think about this mad scientist, half human / half robot, with his cybernetized brain visible on top of his head, behind a transparent windscreen, so we decided to build it.
We had several ideas building it like several kinds of robot arms, and one of them holding a globe to show how much he wants to rule the world. And we had a lot of fun picking parts on several lego sets we own (like his backpack which is Back To The Future's Flux Capacitor), and adding many little details on it.
I think it could be a great set because of the brick headz format which is simple and affordable to anyone, and because of its cyberpunk design which is half kids made, half adults made.