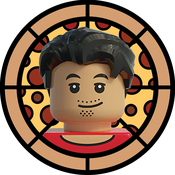 Good grief Charlie Brown, haven’t you heard? The Peanuts Crew are coming to LEGO Ideas!
Ever since it’s first comic strip over 70 years ago, Peanuts has become a titan in the comic strip industry. Ranging from funny newspaper comic strips to television shows to even movies and specials, Peanuts has become a cult classic that stands against the age of time. With its loveable cast of characters, The Peanuts Crew has created a home within our hearts, living on as shared experiences within our own lives and memories of our past history. Peanuts is a one of a kind comic strip, always being inclusive and humorous in its own nature, earning the popularity and recognition it so rightly deserves.
In tribute to over 70 years of Peanuts content, this set will bring the most memorable scenes of The Peanuts Crew into the world of LEGO for all to enjoy! Recreate your favorite events of this beloved comic with these highly detailed models of iconic scenes coming from the world of Peanuts. This set features recreations of classic locations and settings recognized in multiple Peanuts films and specials, accompanied by the original members of The Peanuts Crew themselves. Whether you’ve read their comics in the morning newspaper, watched their specials in your childhood, or just simply a fan of good ol’ blockhead Charlie Brown himself, this set has it all!
This set includes:
It was tradition to watch at least one Charlie Brown special during a certain holiday, whether it was Christmas, Thanksgiving, Halloween, or even Easter. Seeing the events that unfolded among The Peanuts Crew provided laughter and enjoyment for many of my friends and family. Their specials always brought those around me closer than before. I feel that this message can translate beautifully into the world of LEGO, especially with how inclusive and connecting LEGO has become for everyone. Plus, I think it’s about time we see this group of friends, a beagle, and a bird becoming LEGO once and for all.