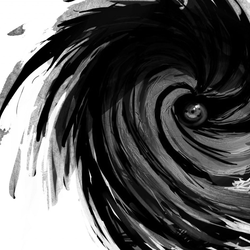 I hope you like my new creation. I've recreated the traquair maze.

The maze is part of the Traquair House, which is located in Scotland and is claimed to be the oldest continually inhabited house.
In order to complete the maze the visitor has to reach the four sub centres on each side before coming to the centre.

I always found mazes something misterious and something beautiful. They look amazing.
I've discovered a map of the traquair maze in the internet, so it was pretty cool to build it exactly the way it looks.

I think this would be great as a LEGO-Set because it would be an eye-catcher and a set that was never there before.
It would be nice to build and after it's completion it would be fun to try solving the maze.