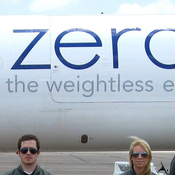 My dad wrote a story for my nephew.  I wanted to give him a ship from the story for his birthday, so I built this in Stud.io.  It uses 1100 parts, all in existing colors.  The ship is intended to use the windscreen from #70905 The Batmobile, but that part wasn't available in Stud.io when I last checked.  At ten cents per part, it might cost about $110, but Lego pricing has been so good lately that I think it could probably be produced and sold for about the same price as #75156 Krennic's Imperial Shuttle, or about $90.

In the story, young Pete and his enormous dog Pooch help Aunt Sal and Uncle Zeff fight Yorick, an evil guinea pig who has taken control of Aunt Sal's fleet of merchant ships.  This creation represents the skiff that gets everybody up to the big ship.  The overall shape is heavily inspired by Virgin Galactic's SpaceShipTwo, which should begin suborbital tourist flights by the end of the decade.

Regardless of the story, I think this would make a fun set for many children.  If you think so too, please support this project.  Thank you.

The design goals and features are listed below.  I'm not sufficiently skilled with Stud.io to illustrate all the moving parts, like the retractable landing gear and feathering wings, in the images attached to this post.

A maroon fuselage with a golden nose cone and yellow-tinted windows, as described in the story

Movable flaps above and below the rocket engines, for freedom of motion

Black "hover coils" beneath the fuselage, as in the story

Landing gear fairings and wasp-waisting in the fuselage

Storage space in rear of cabin

Mid-cabin barrier so Pooch can't bother the pilot in flight

Minifigures and accessories include:

Aunt Sal, the fiery red-headed owner of the largest shipping company in the Solar System

Uncle Zeff, the long-suffering engineer who fixes things when Pete, Pooch, and Sal break them

Yorick (white and black) and Hamlet (brown), two genetically-enhanced guinea pigs who plan to take over the world