The adaptation of James Cameron's saga, starring Sam Worthington, Zoe Saldana, Stephen Lang, Michelle Rodriguez, Joel David Moore, Giovanni Ribisi and Sigourney Weaver, to the brick world of Lego! The film is set in the mid-22nd century, on Pandora, a moon of a gas giant in the Alpha Centauri star system. The mining colony threatens the local tribe of Na'vi which are forced to fend for themselves trying to save their home. 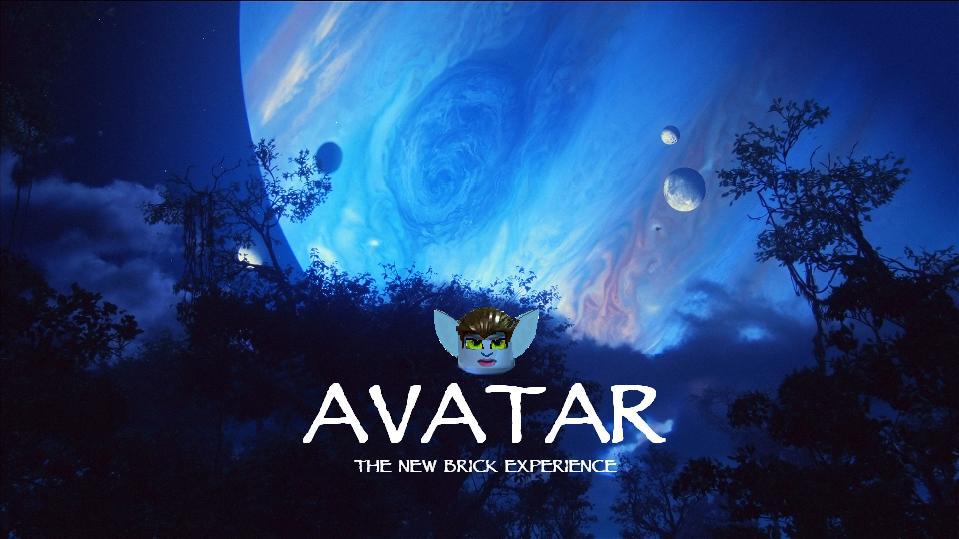 So here is my AT-99 Scorpion Gunship, minifig scale model. It made me hate LDD until I finally finished :)

The AT-99 “Scorpion” Gunship (Na'vi name: kunsip) is a VTOL ducted fan rotor, Mosquito class targeting and missile launch platform. Outfitted to escort shuttle landings and take-off, close air fire support for military operations and air support for mining operations, the Scorpion is the gunship of choice for the RDA on Pandora.

The Tree of Souls

P.S. -the minifig in the picture is a mix between aayla Secura and the man bat head piece but may be that an elven wig would resemble more with the Na'vi hears :)

Please take some time to see and support my other project! :) Thanks 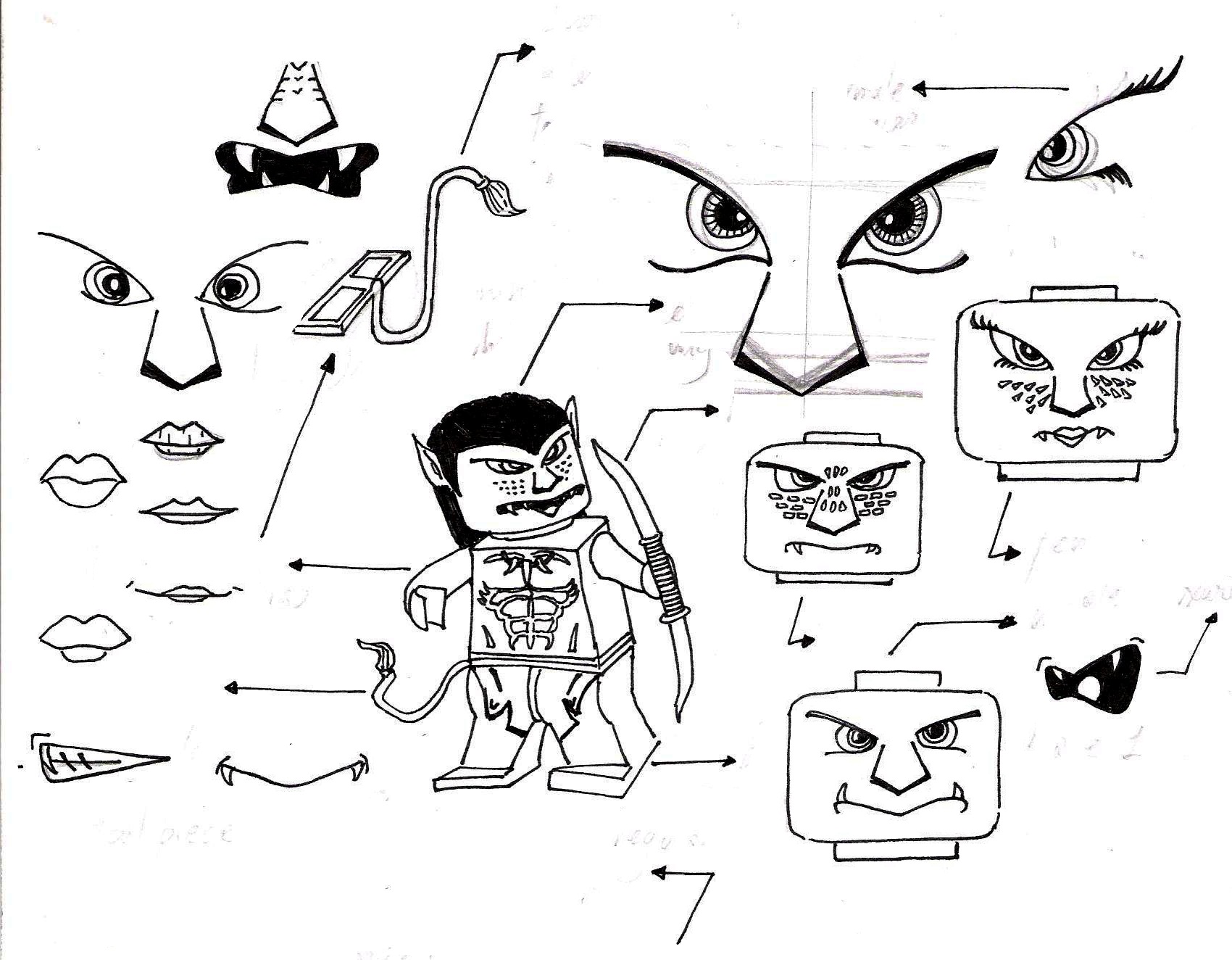 here are some of my first drawings for the Na'vi minifig... faces, tail piece, lips, eyes... 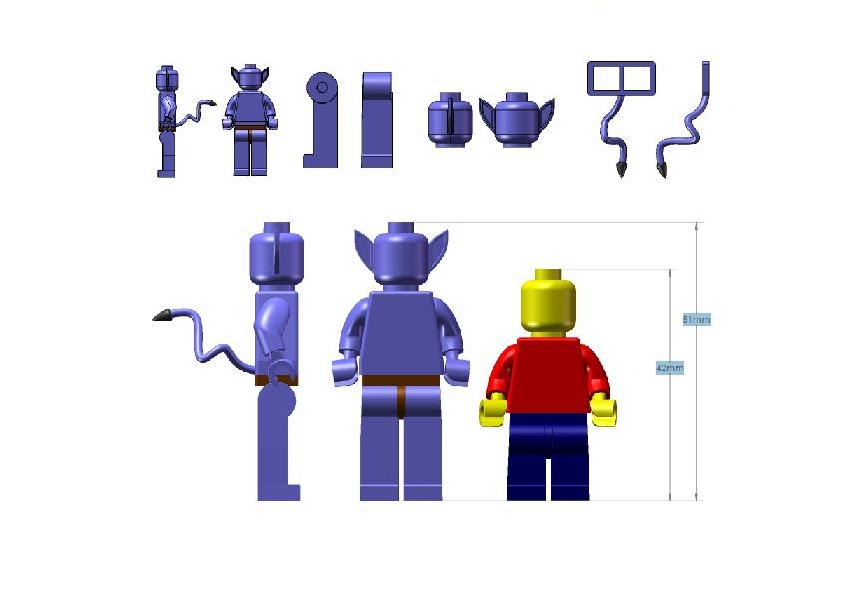 (above - minifigure sample of a Na'vi in comparison to a regular minifigure - courtesy of PotLuck - thanks for your input and work, this looks great!) 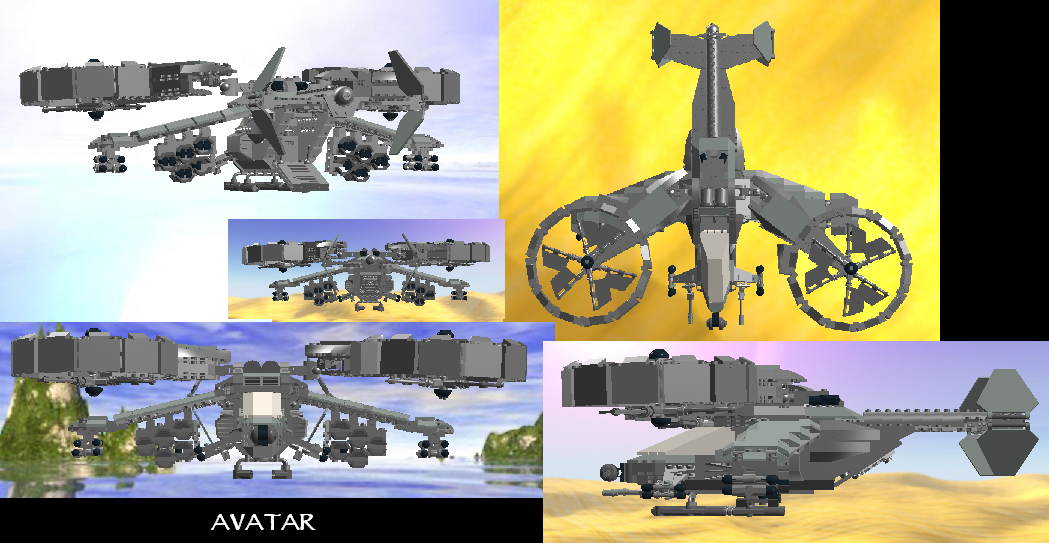 The scorpion from several perspectives and showing the back opening. I didn't but a hook on a string is easily applied if you want to.