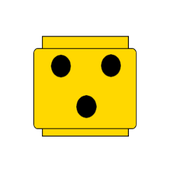 Michael Rosen is a Poet and has also performed some of his poems on youtube on his channel called "artificedesign", the set would be good for fans of Michael Rosen as it includes the studio , a visualation of his classroom and minifigures and fans could rein-act there favourite Michael Rosen videos with this Lego set.

the set would include

The minifigures are Michael Rosen , Harrybo , Mrs. Goodall , The Inspector and The Hypnotiser.

The set takes 230 bricks to complete (including the minifigures + accessories)