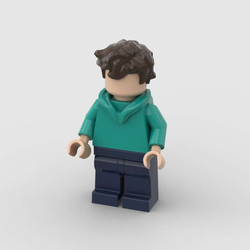 TheRecordsScratch
6
This is based off of arguably the greatest concert ever put together featuring arguably the greatest band ever put together. Sorry Jack Black, but Queen might have you beat. This is their performance at the Live Aid event in 1985, live broadcast on televisions around the world.
I built this set because of my deep love for both of the things it involves, Queen and LEGO. When I found out that the Queen IP was available for an Ideas set, my brain instantly went to their iconic performance at Live Aid, so iconic it was the entire third act of the 2018 film Bohemian Rhapsody.
This would make a good LEGO set because of the thought that Queen has been such an iconic band for so long, spanning many different generations and still working today. This would also be a way to draw many different kinds of people to LEGO, making people think it is not just childish fun anymore. If you hear a Queen song, you already know that it is one of theirs, and this LEGO set could invoke the same thoughts in people's nostalgia. I finally think this would be a good way tohonor the band, and especially Freddie Mercury, who tragically passed away due to AIDS in 1991.
If you do support this LEGO set, know that you are helping to honor the memory of the greatest band that ever lived, and honoring the memory of Freddie Mercury.
6