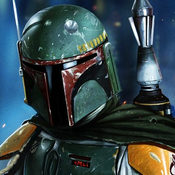 The stars streak by, as the sleek starships in formation soar past. Tightly grouped protectively around a large luxury starcraft, the smaller starships slowly rotate around the larger craft. Suddenly, a large ship, with smaller gnat-like ships buzzing around it appear on the scanners. Pirates! The sleek escorts veer of towards the pirates, shooting quick bursts of laser fire at the small gnat-ships. The under shielded smaller craft are quickly decimated, and the large pirate ship jumps to light-speed and vanishes in a flash of light.

Orbitron ship yards is a small ship building company. The majority of the craft they produce are high-end craft for the for the Orbitron system. The Orbitron Z2 is a fast escort craft, designed with two long range laser cannons and two rapid-fire short range cannons. Pirates ships are often no match for a squadron of Z2s, so a majority of the royalty make use of these. High talent pilots are found and trained to be elite so that they can master the unique controls of this craft. If the rest of the craft is damaged, the cockpit of the craft detaches, so that the pilot can be rescued and continue to serve.