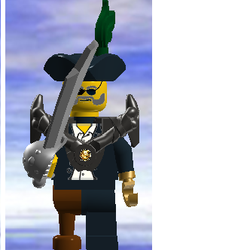 A rare type of dragon, a cousin to the Bone Tunneler, tamed only by the hero, Jason Senan.(His minifig is included.) The Lightning Tunneler uses it's foreclaws to burrow into the earth(pleas not that the fore claws are not the same as fore legs), while using it's wings to bring death from above. It's longer hind legs allow him to stand upright for an extended period of time. I think this is a cool product because everyone loves one dragon or another. I personally would like to see more dragon sets.