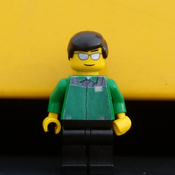 By Mateusz Wawrowski
0 comments
Ikarus 260 is a 11-meter bus produced at the factory Ikarus. The factory is located in Budapest, Hungary. In the years 1972-2002 were produced various types of bus. During the production of the factory have left more than 70,000 buses. This is a high bus, in the middle of a staircase. Bus is not accessible to people in wheelchairs. Type 260.04 was made on order of the PRL. Used to drive a bus 6-cylinder diesel engine Raba-MAN D2156HM6U with a maximum power 193 KM. City buses Ikarus 260.04 run in Poland. Green-and-yellow buses are known from Poznan, Poland. In 2010, the buses have been withdrawn from the linear motion. Ikarus City buses have been replaced by modern low-floor buses. Buses run on the tourist lines. You can see them at events organized by MPK Poznan.

My bus is a miniature of the real bus. It consists of 1202 pieces. I built bus in 1:25 scale.
The bus's driver and 10 passengers. In the bus is also the person verifying the tickets. In Poland, such a person is called a Kanar. Bus has a rear-view mirrors.

This is the left side of the bus. Windows on the bus are split. On both sides there are turn signals. Bus has a characteristic yellow circle. 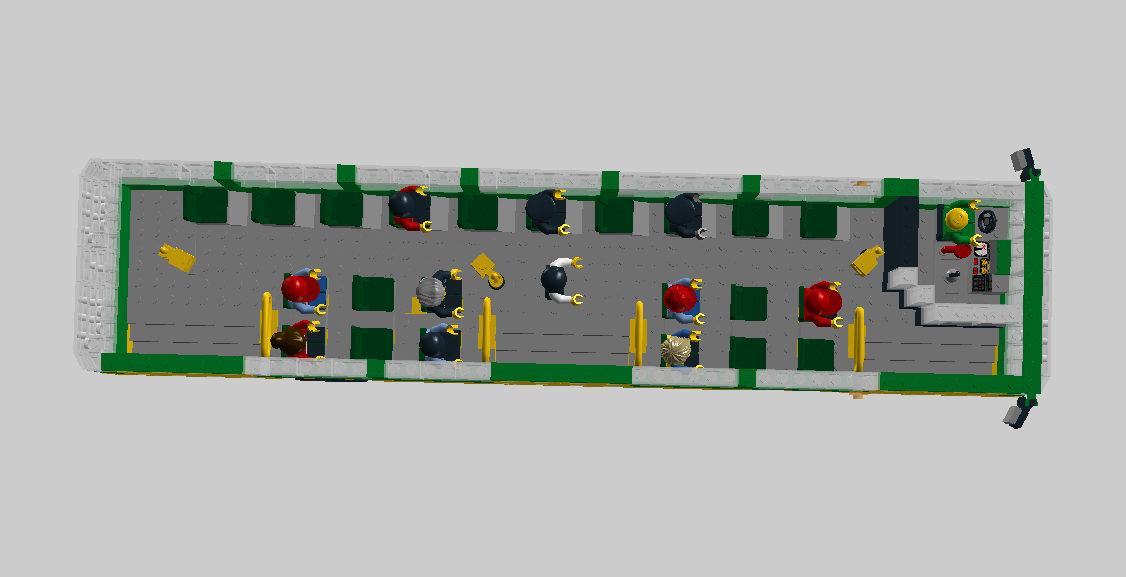 This is the interior of the bus. In the bus is the driver's cabin. The driver is wearing a green dress. So dress MPK Poznan workers. In the bus has 12 seats and three validating machines for tickets. 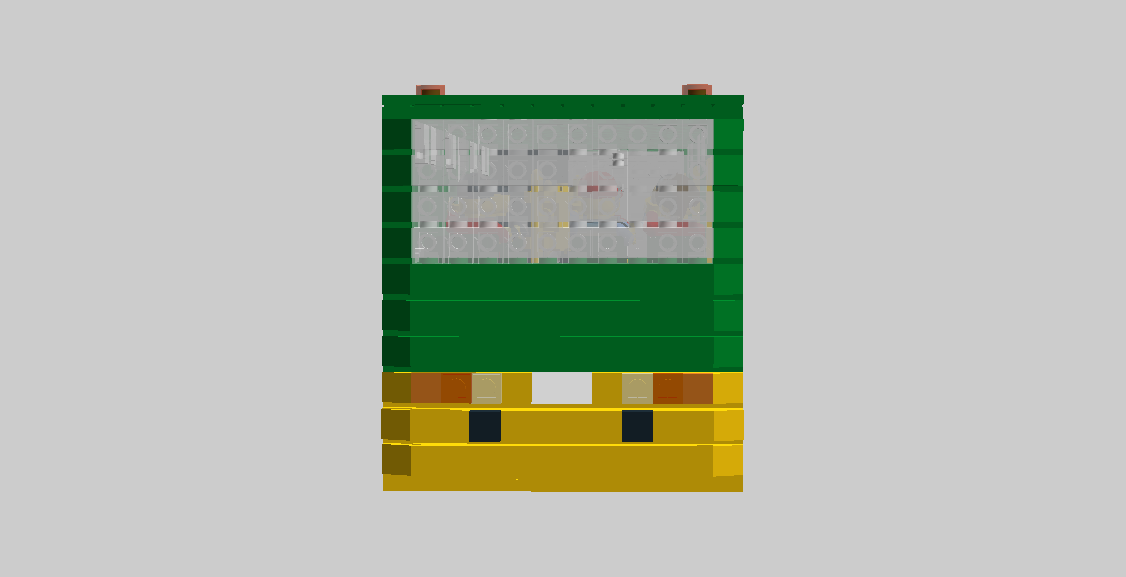 This is the back of the bus. You can see a large rear window. On the roof of the bus's red lights.