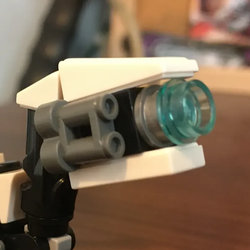 Moon man
19
160
days left
I created a dinosaur mech that is 14 inches tall. He is made from BIONICLE parts. I created him because I really like mechs, in Lego and in video games, I think mechs are really cool and I thought a big dinosaur one would be something a lot of people would like. I think this would make a great Lego set because I know a lot of people like mechs and a lot of people like dinosaurs too. Little kids would like the dinosaur, older people would like the mech, there's something for every age. I think he's pretty cool to look at and his parts all move.
19
160
days left