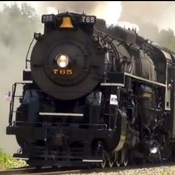 Hello everyone and for this LEGO idea I kind of wanted to do the Titanic. The reason why I wanted to do the Titanic is because I have always loved this ship seens I was in 2nd grade. I still love the ship to this day and do research on it still to get a better understanding of the event of the sinking. I also wanted to give a little background history of the ship for those that don't know the ship as well. To start off, the Titanic was built by the White Starline company and was designed by Thomas Andrews. The ship was built finished on March 31, 1912, and would soon start its maiden voyage to New York City. The captian of this maiden voyage was Captain Edward Smith. The maiden voyage of the Titanic was to be his last job before retiring and staying home to live with his life. There were 2,435 excited passengers on the Titanic to either visit or start a new life in America, but unfortunately this was not the case. During a cold night on April 14, 1912, two watchmen were on the look out for icebergs and spotted an iceberg right in front of them. The crew tried their best to avoid the gigantic iceberg but it wasn't enough. The iceberg teared on the side of the ship, exposing 6 of the watertight bulkheads. The crew started to try to get everyone off the ship in time before the ship went down. In less than 3 hours, the ship went down with some of its passengers and its captain. This LEGO idea was made to remember what happened and to remember the Titanic in its days in service. In this LEGO idea there is a small model of the Titanic and a stand for it so that it can be displayed on a desk, shelf, or table. The set also includes the Titanic's color scheme and porthole windows. The set also includes a smoke effect and 3 proppellers. I hope you enjoy this LEGO idea.