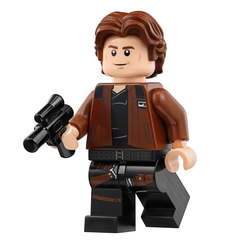 Celebrate the 30th Anniversary of Mr. Bean by recreating his iconic Mini. Go on adventures with Mr. Bean and his best friend Teddy. Recreate the scene where Mr. Bean drives himself home while sitting on his new armchair strapped to the roof of his Mini. Make sure to watch out for steep hills.
Includes a Mr. Bean minifigure and Teddy
I watched a lot of Mr. Bean growing up, he was a big part of my childhood. My parents bought me a real life version of Teddy when I was very young and I would take him everywhere with me. I still have him to this day, he sits on my bedside table. My Father also owned a Mini just like Mr. Beans. I have very fond memories of Mr. Bean so I wanted to recreate those memories in Lego form. It's also the 30th Anniversary of Mr. Bean and I wanted to recreate this as a tribute to Rowan Atkinson. Thank you for making my childhood spectacular and for bringing joy and laughter to everyone around the world.
This Lego set would make a great display piece or playset for any fan young or old.
54
302
days left