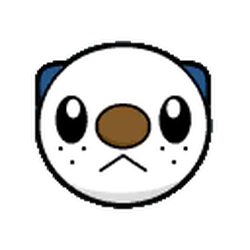 Brickwild
22
284
days left
Based off one that we grew up watching it (up to the early 2000s when it was replaced with a slightly larger one of the same brand).
Takes me back to the glory days of watching Early Morning Cartoons!
Oh the Golden Age of TV!
And seeing those cool ads too! (Some that have been unearthed from their home-recorded videotapes throughout the years and others will remain in obscurity for the foreseeable future!)
It has antennas that can swivel and move up or down. They can also be 'stowed away' (i.e. removing the two 'ski pole' pieces and placing the tips in the lower section!)
There are some great details including carrying handles, two big dials for VHF and UHF channels, color/brightness controls, a pull-on/push-off/volume knob, a speaker behind the grille and two headphone outputs!

There are also options to include an 'off' screen or a 'test card' screen. However, you can make your own image or even a 'static' screen!
22
284
days left