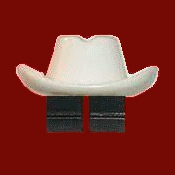 Finally getting around to adding a second example. 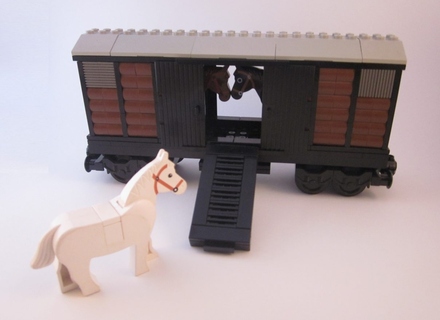 This is a six stud wide version I did of the (8 stud wide) 'Horse Stock Car' by Xavier Viallefont (Railbricks #3) - added to this project with his permission.

It's a coincidence that the two I've done both revolve around animals. I will try to add a third sometime that's not animal transport. 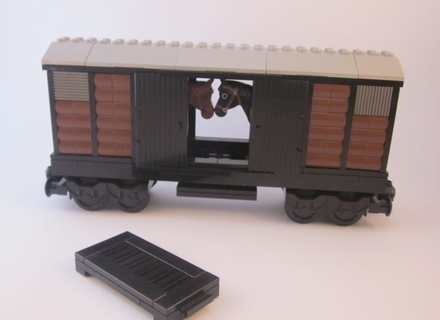 Once again, the idea would be that the rail car would align with a 'theme' (eg. Stables in this case...although LEGO FRIENDS seems to have the stables these days :-)      ). 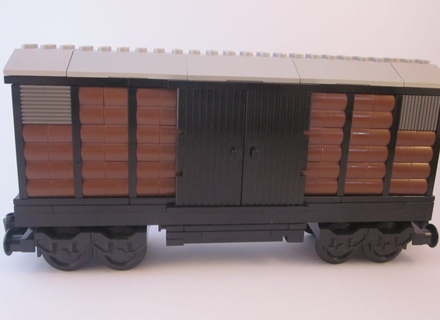