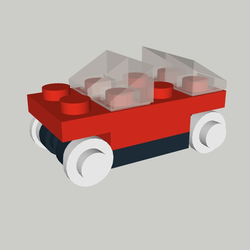 By DagsBricks
0 comments
The unfortunate circumstance of Mr. Potato Head being owned by Hasbro could surely be overcome if the price is right. After all, I don't think a Kre-O Potato Head would be quite as good as a LEGO version*. However, for sake of argument, let us say that anything is possible. Therefore, I propose a buildable Mr. Potato Head and his bucket of buildable parts. 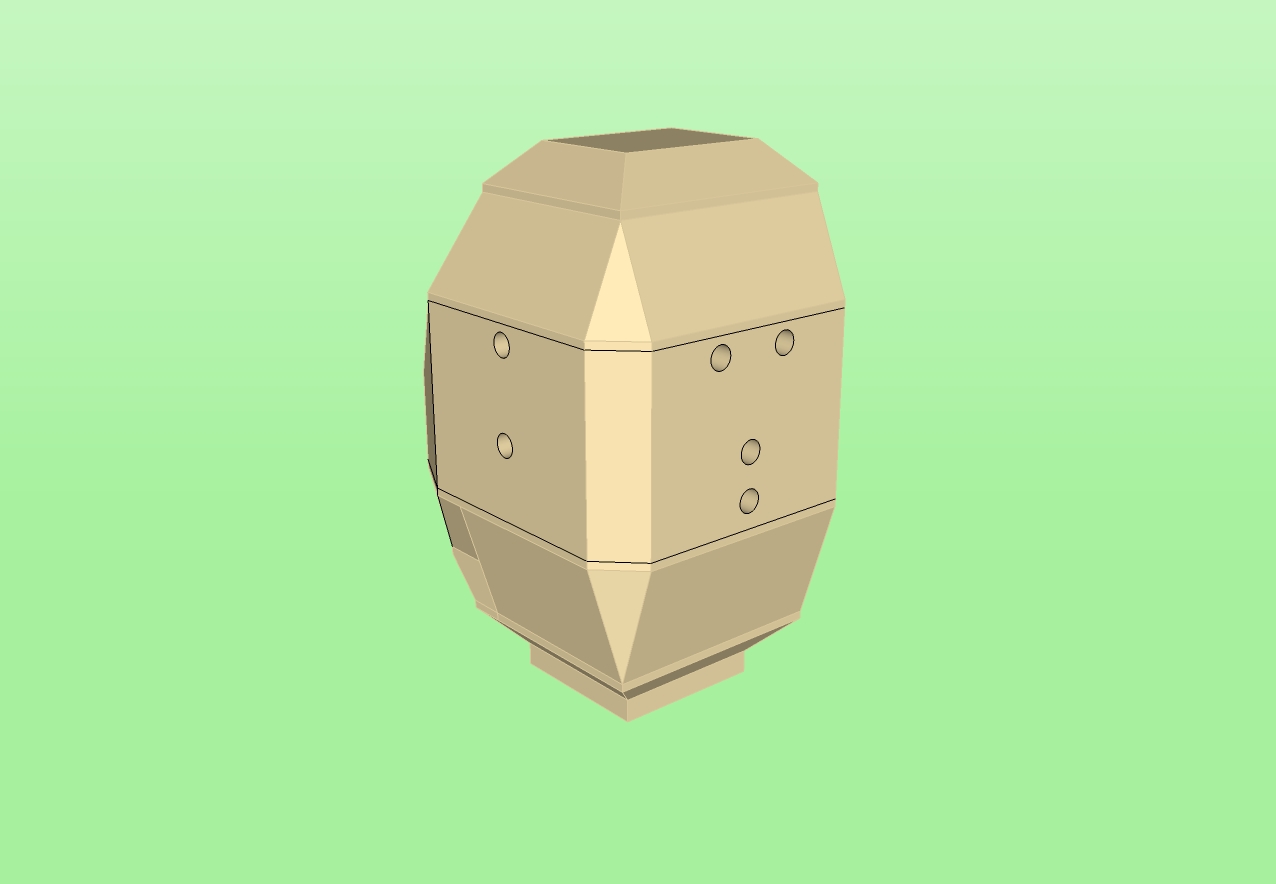 When Mr. Potato Head first came out you supplied your own vegetable. If no potato could be procured you could always grab a carrot or an onion. The beauty of this endeavor is that Mr. Potato Head could be rebuilt as Mr. Turnip Head, Mr. Mushroom Head, Dobby, your mom, or Prince Charles. With Hasbro's Mr. Potato Head you are stuck with, well, a plastic tuber.

(Don't ask what slope and wedge parts were used to build this. There was a little bit of poetic license going on. What we can tell you is that the color is tan and there are some technic bricks with pin holes.) 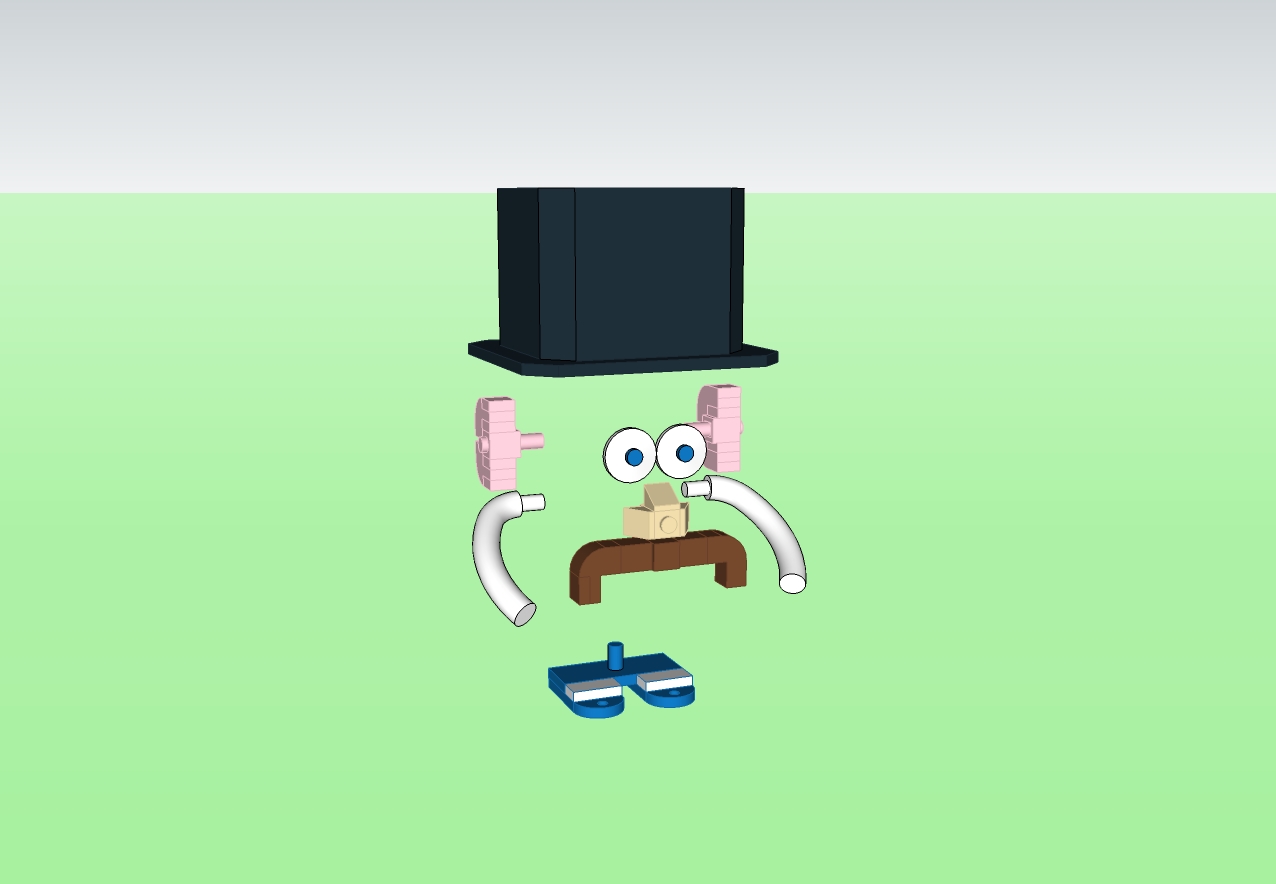 Besides, who owns the rights to sticking appendages into a blob of plastic? Perhaps a name change is all that is necessary in which case I would be utterly satisfied with "The Fantabulous Change-a-morphic Tuberhead". Steampunk accessories would be TOTALLY appropriate.

All parts are built around technic pins that stick into the body. Mouth too high? Rebuild and lower it! 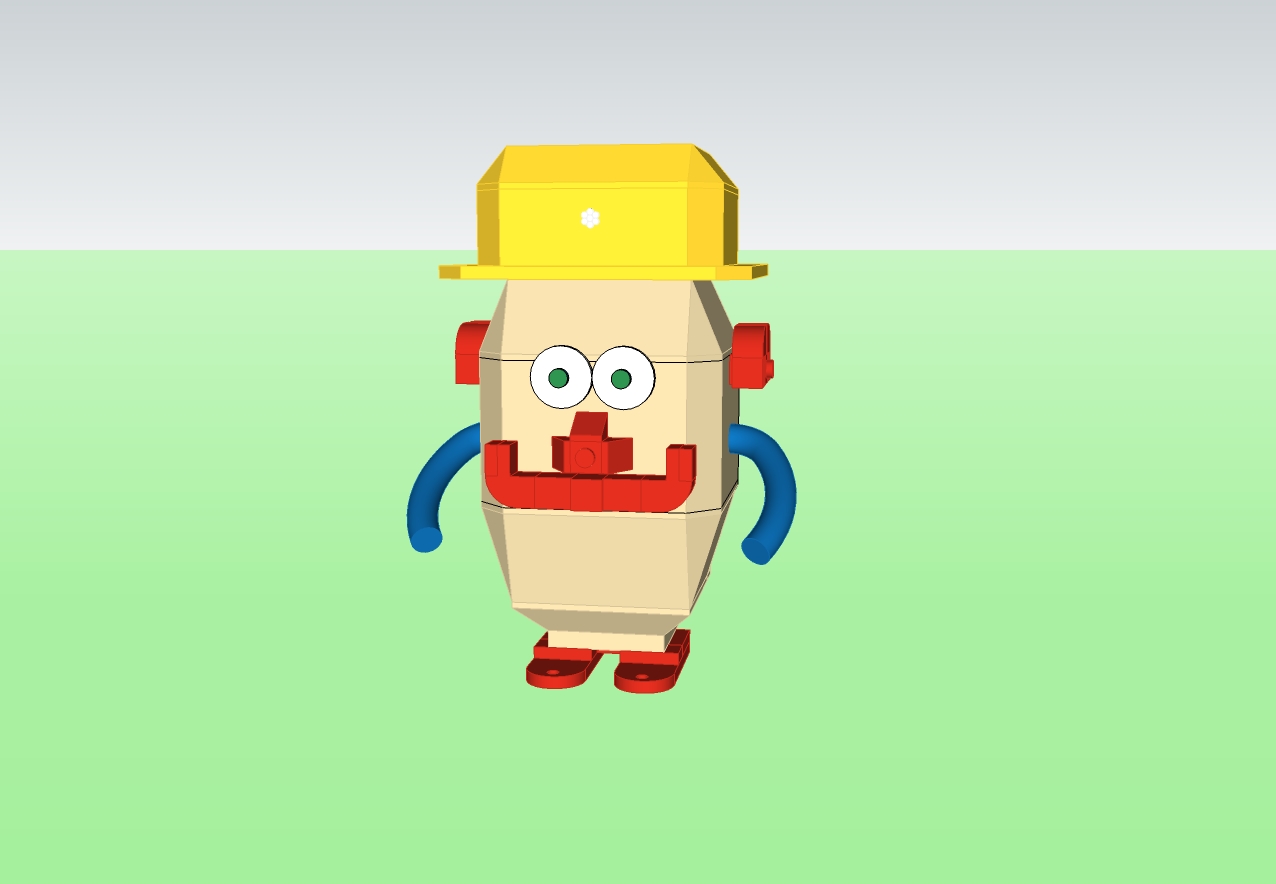 Perhaps the LEGO designers would be brilliant enough to figure out a way to make him hollow AND strong thereby allowing the pieces to be stuck into his posterior much like the inspiration from whence this comes.


* This is humor. LEGO would rock any other version harder than Inna-Gadda-Da-Vida.