Create Your Own Studio 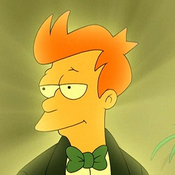 This project is a fully customizable set, where someone can stick to the instructions and build the studio, or simply create their own rooms and offices.

My idea was to design a photography studio with modular spaces to arrange them as desired and feel the creative atmosphere it generated as i interchanged the furniture and/ or the minifigs in any way i wanted, so i built it to keep the creation process simple. For example, the walls can be taken off in a simple way to combine them with other rooms; the bases, contain technic bricks so that the connectors could be attached and stick the modules together; among others.

Here are some extra details:

I would like to mention that the photography set lacks two sliding doors. I was unable to include them along with the gliding groove plate in LDD, i guess we have to imagine them until (hopefully) this is approved hahaha

I think this would be a good LEGO set due to the creative possibilities inherent in the design (in midst of the ones that, of course, LEGO gives us) and its modular nature.

I really hope you like my project and thank you for passing by! And please, if you have any suggestions or constructive thoughts, don't hesitate to write them on the comments :D