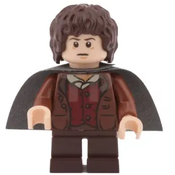 By Me2211
13 comments
After Frisk fell into the underground, he met many different monsters. Three of these, namely Sans, Papyrus and Undyne, could be available as Lego Brickheadz, if you support this project.
They would be the perfect gift for every Undertale or Lego Brickheadz fan.
Here are more infos about them:
Sans is a lazy skeleton, who loves ketchup. When I built him as a Brickhead, I focused mainly on his smile and jacket.
His brother Papyrus is almost the opposite of him, he wants nothing more than to catch a human, once in his lifetime. For him I focused mainly on his body while building.
At last Undyne, she is the most famous soldier in the underground, but if you spare her in the game, she becomes a good friend. While building her, I tried to make her Armour look good.
I would be very happy, if you supported this project. (Thank you :))