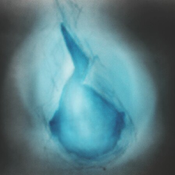 Thank you for reading!
Write in comments your opinion!

PS. who became my universe "Reloaded" , ask questions in a PM.