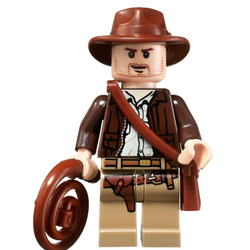 LegoGeekBoy
48
131
days left
If this gets 10,000 supporters it can become a real LEGO set! In honour of the 40th Indiana Jones anniversary I decided to make a far larger temple than my previous build! It is not based off of any film just as my previous one, but it still includes the theme and characters! If this idea gets 1000 supporters I will drop an update. I hope you enjoyed viewing this.
LegoGeekBoy
48
131
days left